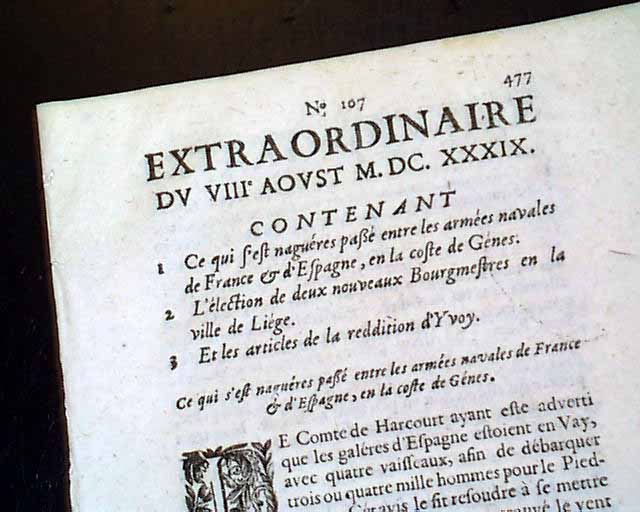 
EXTRAORDINAIRE, Paris, France, Aug. 8, 1639 with the date at the top in Roman numerals but then also dated at the bottom of the back page: "8 Aoust, 1639".  This "extraordinary" issue was done for a singular purpose, as defines most "extraordinaries" produced since then.
This issue published simultaneously along with the "Gazette" of Paris, the very first regular newspaper published in France which started 10 years previous in 1631 by Théophraste Renaudot but with influential backing by the powerful Cardinal de Richelieu.
Complete in 4 pages, 6 by 8 3/4 inches, great condition. All text is in French.