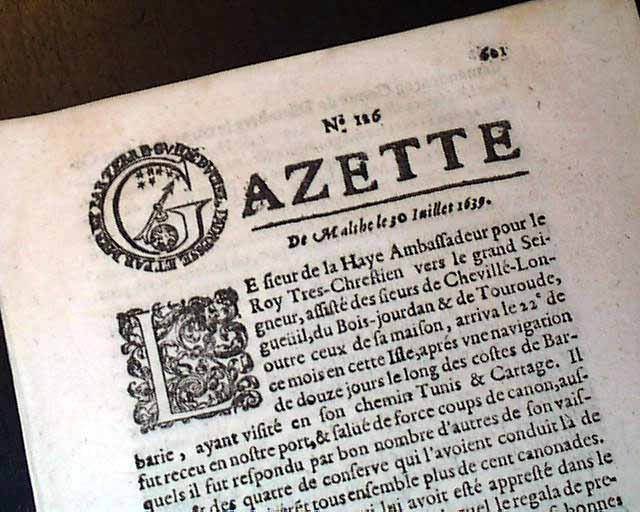 This extremely early newspaper is filled with news reports with datelines from throughout Europe, including Rome, Frankfort, Cologne & elsewhere. There are no advertisements.
This was the very first regular newspaper published in France, started in 1631 by Théophraste Renaudot but with influential backing by the powerful Cardinal de Richelieu. All the text is in French with the first letter of "Gazette" very decorative & the first letter of the text highly embellished.
Eight pages, 9 by 6 1/4 inches, in very nice condition. One of the earliest dated newspapers to be found.