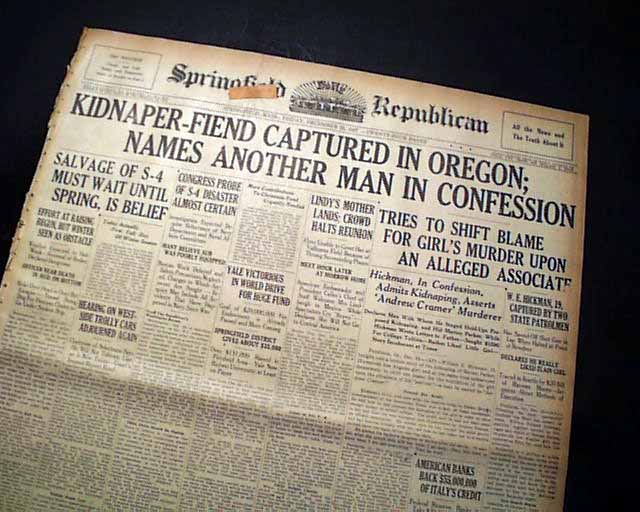 The front page has a nice banner headline: "KIDNAPER-FIEND CAPTURED IN OREGON; NAMES ANOTHER MAN IN CONFESSION" with subheads. First report coverage on the capture of William Edward Hickman.
Other news, sports and advertisements of the day. Complete in 24 pages, light toning and minor wear at the margins, generally nice. 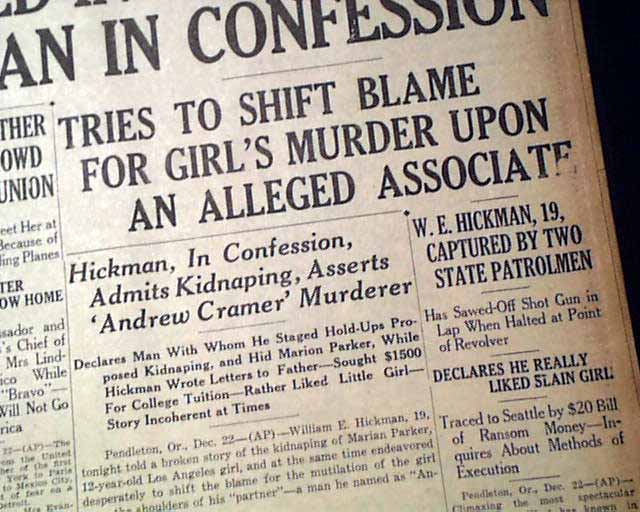 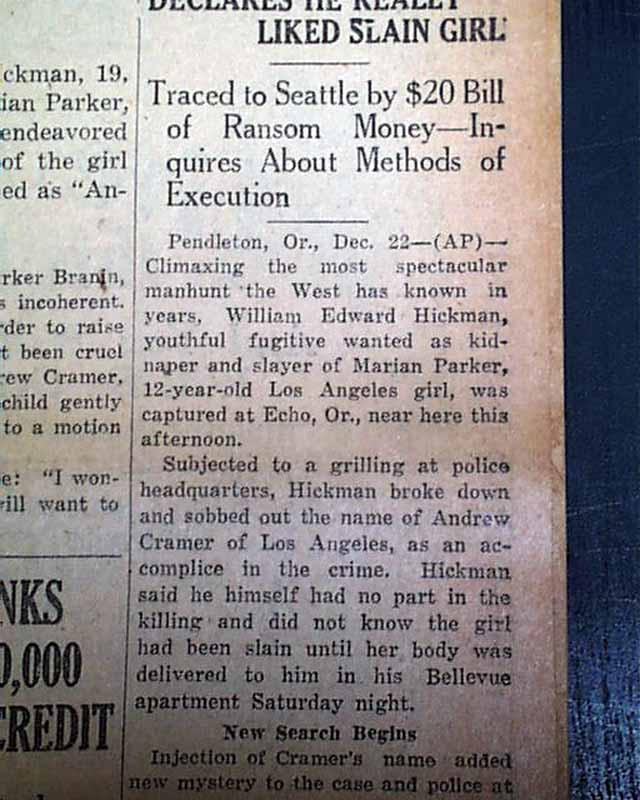 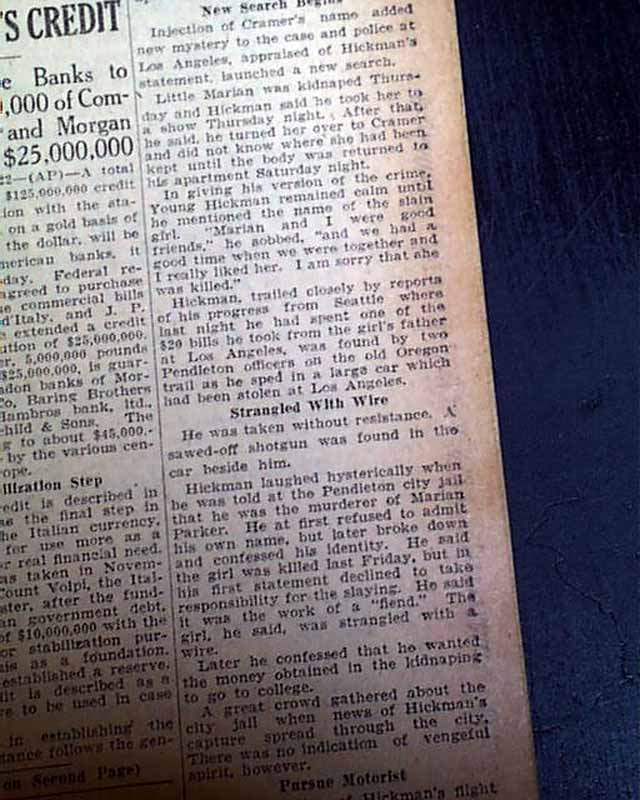 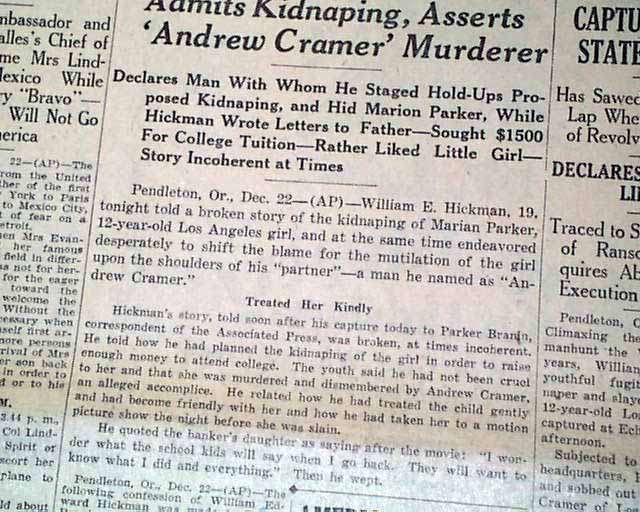 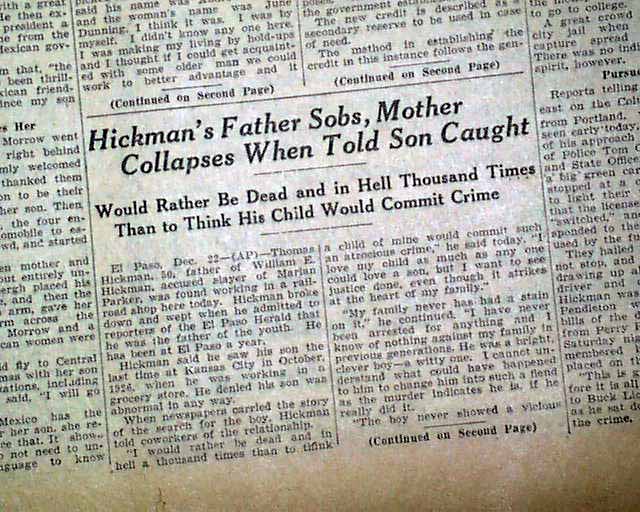 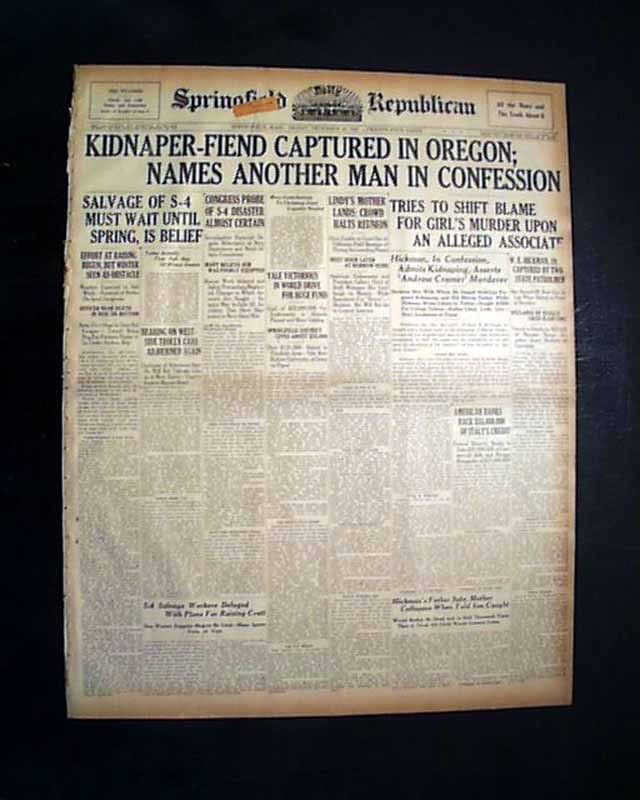