Home > Back to Search Results > The Wasp captures the Frolic...
Click image to enlarge 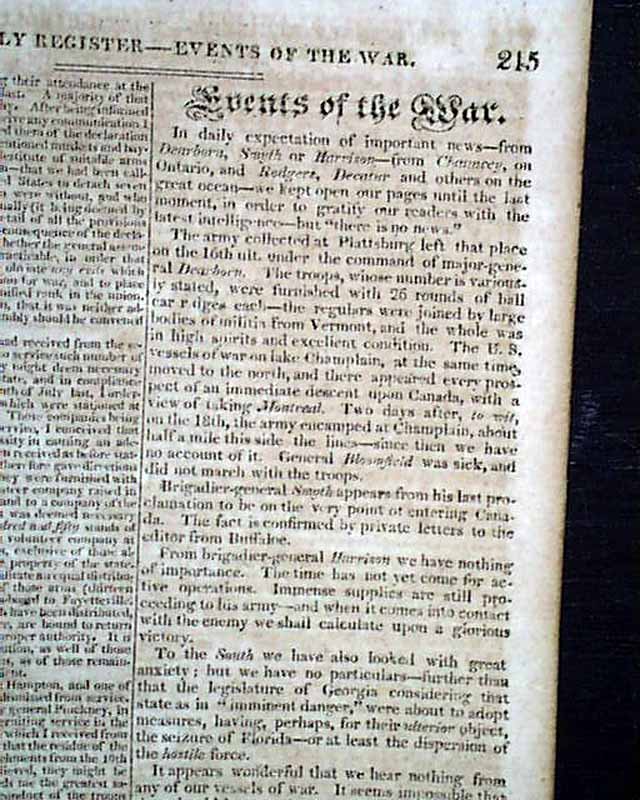 The Wasp captures the Frolic...


THE WEEKLY REGISTER, Baltimore, Dec. 5, 1812  This newspaper actually has much content concerning the War of 1812, but one of the more historic reports is that found on an inside page concerning the naval battle of the Wasp and Frolic. There are actually two such reports in this issue, both shown in the photos.
Other War of 1812 reports are found under the heading: "Events Of The War" which takes several pages. A few of the reports are shown in the photos.
Sixteen pages, 6 by 9 1/2 inches, even toning, very good condition.