Home > Back to Search Results > The Black Hole of Calcutta... Battle of German Flatts...
Click image to enlarge 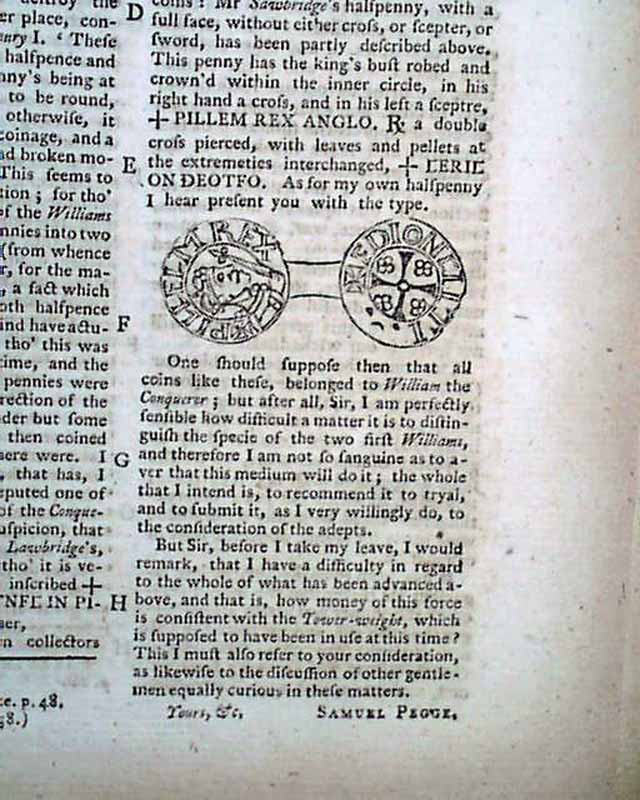 The Black Hole of Calcutta... Battle of German Flatts...

Item # 642119 THE GENTLEMAN'S MAGAZINE, London, February, 1758  The prime content would be: "A Genuine Narrative of the Sufferings of the Persons who were confined in the Prison called the Black Hole, in Fort William at Calcutta, in the Kingdom of Bengal after the surrender of that Placed to the Indians in June, 1756...".  This report by Holwell is considered the definitive report of this infamous prison, and takes over 6 pages in this issue, containing considerable detail (see for portions).
Other articles would include: "Dissertation on British Half-pennies" which includes a print of one (see); "Natural History of Iceland".
Near the back is the "Historical Chronicle" with the latest news reports including: "American News" which has a report from New  York beginning: "Our last advices from Albany assure us that a body of 300 Indians and 100 Frenchmen had actually fallen on that part of the German flats, situated on the north side of the Mohawk's river, & burnt & destroyed every house & barn they came to, killed & scalped about 10 or 12 of the inhabitants & carried away at least 100 more..." with more (see).
The plates called for are lacking.
Complete in 48 pages, 6 by 9 inches, full title/contents page with an engraving of St. John's Gate. Unevenly trimmed pages, otherwise in good condition.