Home > Back to Search Results > Payments to Loyalists... Death of Tippoo...
Click image to enlarge 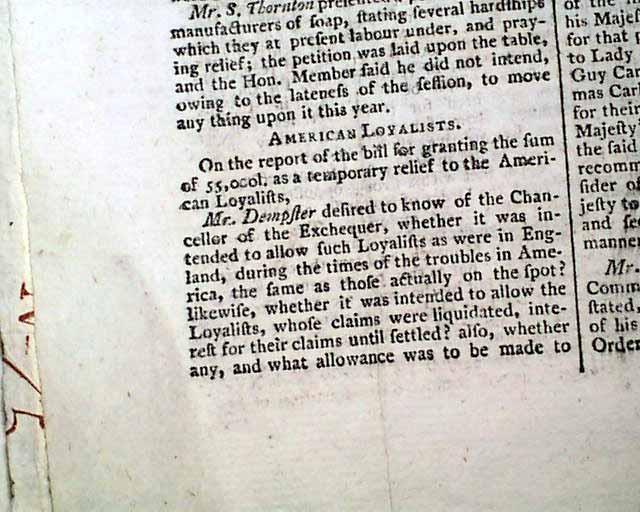 Payments to Loyalists... Death of Tippoo...


THE LONDON CHRONICLE, England, June 27, 1786  Inside has; "American Loyalists"  which notes: "On the report of the bill for granting the sum of 55,000 pounds as a temporary relief to the American Loyalists...desired to know...whether it was intended to allow such Loyalists as were in England during the times of the troubles in America the same as those actually on the spot?..." with more (see).
The back page has a report beginning: "Authentic intelligence was received at the India House...of the death of Tippoo [Tipu] Sultan. The following circumstances attended his death..." with details (see).
Eight pages, 8 1/2 by 11 1/4 inches, a little rubbing on the front page, light creasing, a few small margin tears, generally nice. 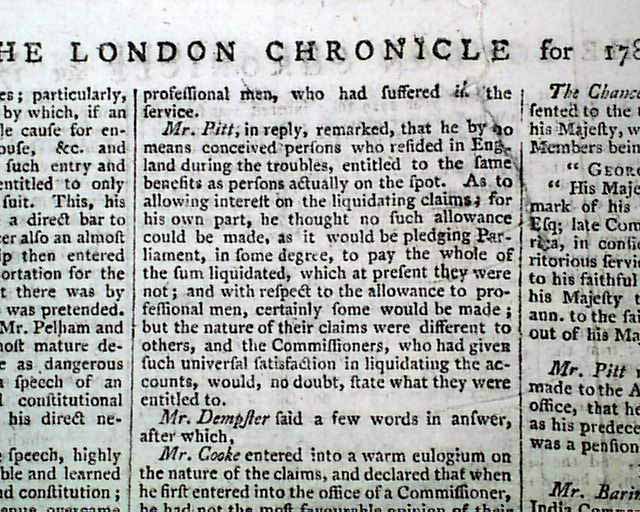 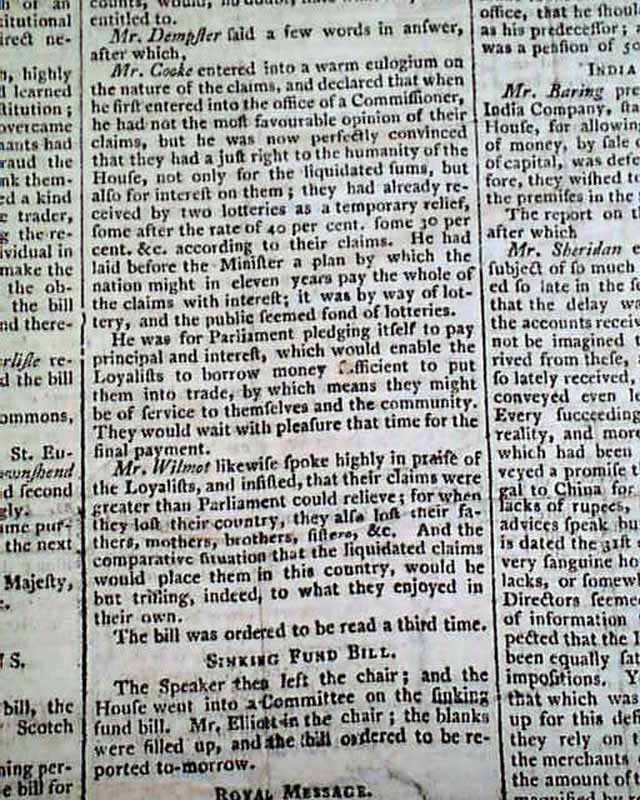 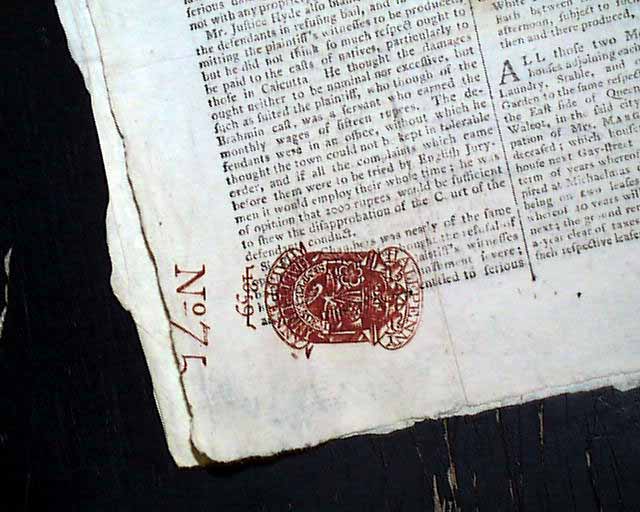 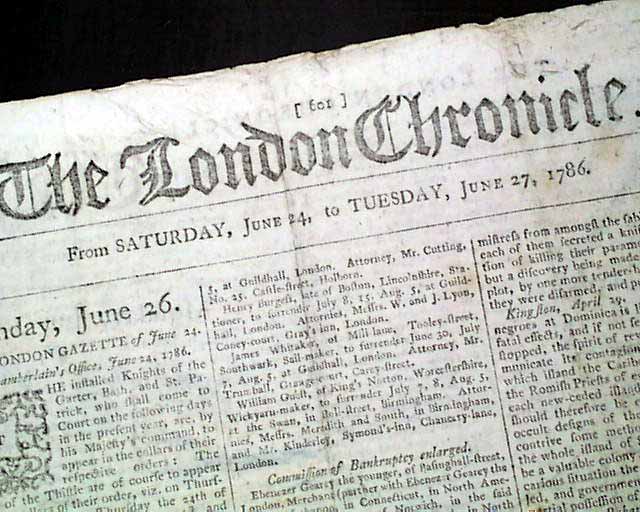 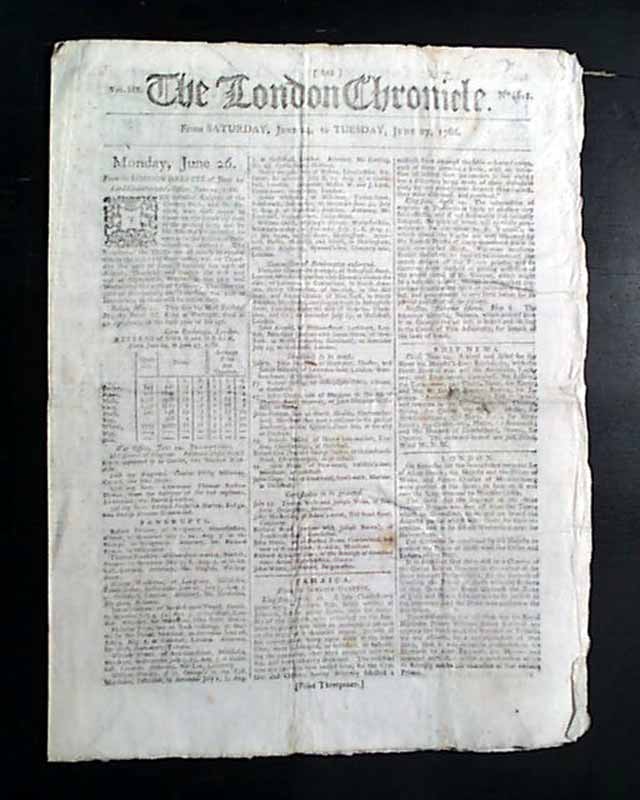