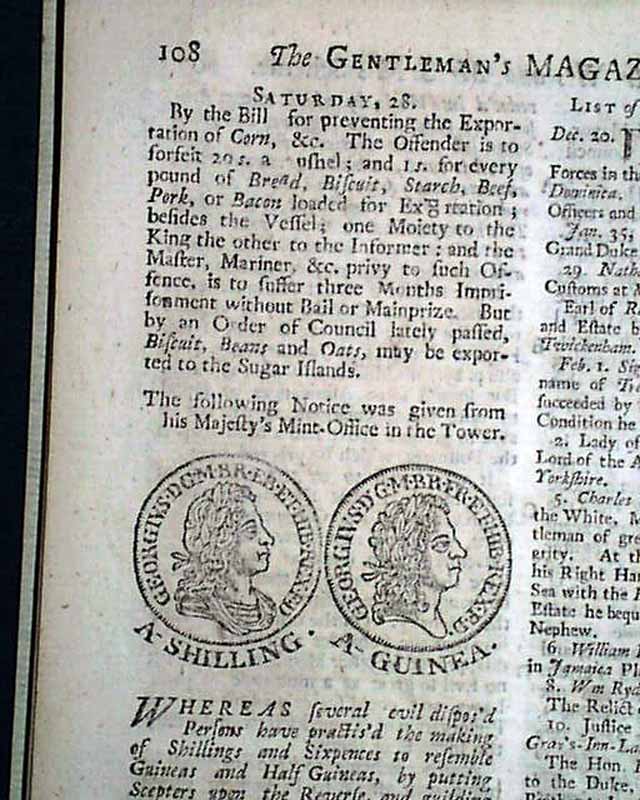 * Engraving of counterfeit coins
* Much on Oliver Cromwell

Near the back is an article on counterfeit coins, including two engravings of a shilling and a guinea (see). Among other articles are: "A Slight Worse than an Injury" "Influence of Cromwell's Hypocrisy" "Bad Tendency of Modern Good Breeding" "The Change of the Title of King alters the whole Constitution--Cromwell's Reasons for declining it" "A List of His Majesty's Royal Navy" which takes 3 pages; plus much more.
Near the back is an: "Extract of Letters from the West Indies" which has a "Jamaica" dateline, the text beginning: "We now hope to reap the advantage of the treaty concluded with the late rebellious Negroes..." (see).
There are no maps or plates called for in this issue.
Complete in 54 pages, 5 1/4 by 8 inches, full title/contents page which features an engraving of St. John's Gate, good condition.