Home > Back to Search Results > Events from late in the Revolutionary War...
Click image to enlarge 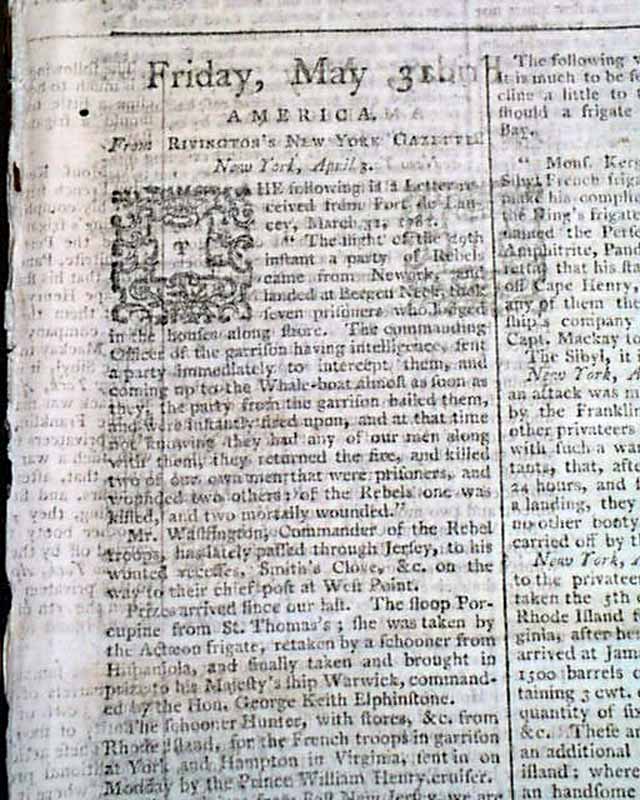 Events from late in the Revolutionary War...

Most of the front page is taken up with: "America - From Rivington's New York Gazette" which  begins with reports of the events in New Jersey. Also: "Mr. Washington, Commander of the Rebel troops, has lately passed through Jersey...on the way to their chief posts at West Point...The soldiers of the Jersey line, it is said, have received no pay for the last 13 months..." with more war-related items.
Eight pages, 8 1/2 by 11 1/2 inches, very nice condition.