Home > Back to Search Results > Some closing items in the Revolutionary War...
Click image to enlarge 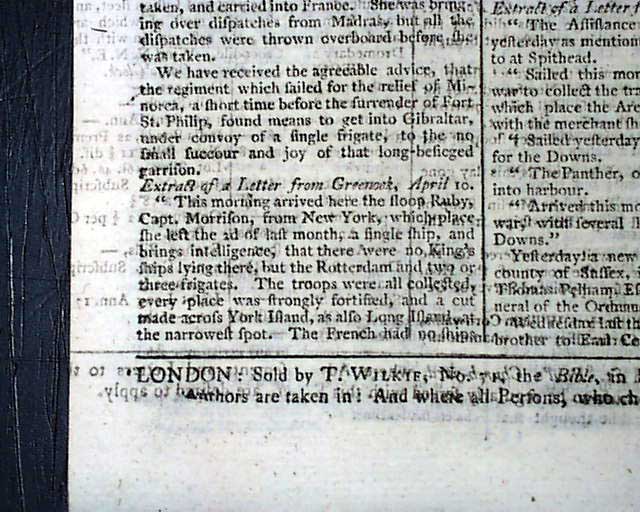 Some closing items in the Revolutionary War...


THE LONDON CHRONICLE, England, April 16, 1782  The back page has a few items concerning the Revolutionary War, including: "...troops were all collected, every place was strongly fortified...a cut made across...Long Island...after their arrival it was imagined that Gen. Washington would make an attack on New York. The troops were in high spirits & had plenty of provisions...were a considerable body of troops in York town and its neighbourhood, and also in & about Williamsburgh...the present amount of Washington's army is short of 9000 men..." with more.
There is also a bit noting: "The propositions on which it has been said peace will be conducted with America are contradictory and impracticable. The following are reported to be the outlines of the treaty..." and what follows are the main points.
Eight pages, 8 1/2 by 11 1/2 inches, very nice condition.