Home > Back to Search Results > Washington planning an expedition against Quebec?
Click image to enlarge 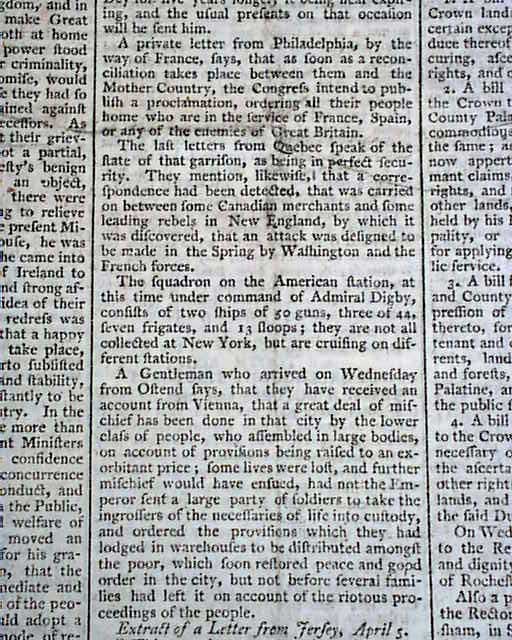 Washington planning an expedition against Quebec?

The ftpg. has an item: "...letter from Philadelphia...says that as soon as a reconciliation takes place between them and the Mother Country, the Congress intend to publish a proclamation ordering all their people home who are in the service of France, Spain, or any of the enemies of Great Britain..." and also: "...letters from Quebec speak of the state of that garrison as being in perfect security...correspondence had been detected...with some leading rebels in New England...that an attack was designed to be made in the spring by Washington and the French forces...".
Eight pages, 8 1/2 by 11 1/2 inches, very nice condition.