Home > Back to Search Results > Map of South America... Treaty of Utrecht...
Click image to enlarge 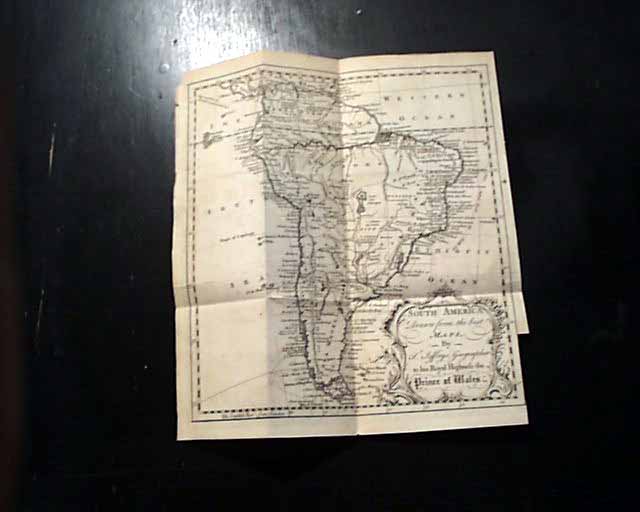 THE GENTLEMAN'S MAGAZINE, London, January, 1749  The prime feature of this issue is the very nice & detailed foldout map of "South America" which folds out to 9 1/2 by 11 inches. A very displayable & detailed map in great condition.
Among the articles within are: "Articles of the Treaty of Utrecht" between England and France, which takes over 3 pages and including all 41 Articles. Also: "Observations of the Last Solar Eclipse, taken in Scotland..."  "Description of a New Alarum [alarm]" which includes an engraving of it; plus other items.
Two plates are present but one of them isn't called for.
Complete in 48 pages, 5 1/2 by 8 3/4 inches with wide untrimmed margins, full title/contents page with an engraving of St. John's Gate, very nice, clean condition.

A very nice pre-Revolutionary War magazine from the "mother country" with a wide range of varied content including. This was the first periodical to use the word "magazine" in its title, having begun in 1731 and lasting until 1907.