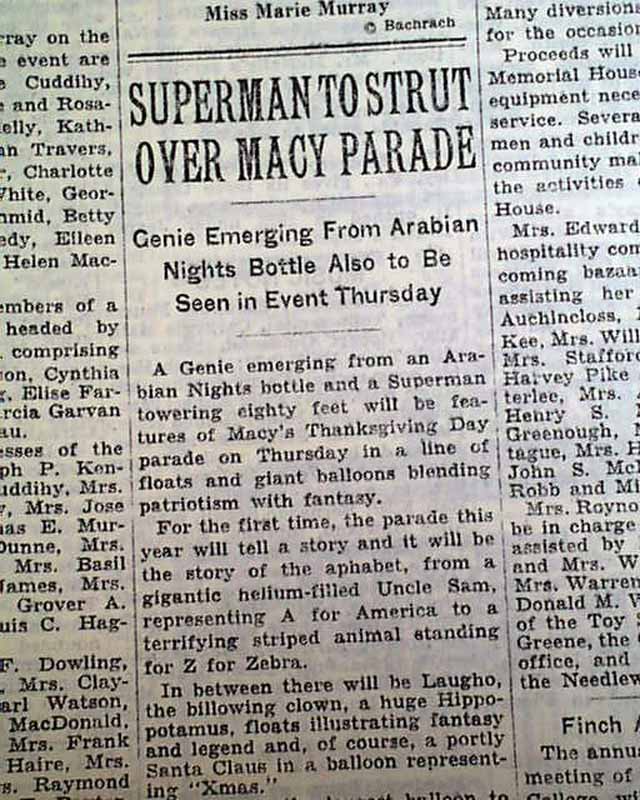 Page 30 has one column headings: " SUPERMAN TO STRUT OVER MACY PARADE" "Genie Emerging From Arabian Nights Bottle Also to Be Seen in Event Thursday" See image for text on one of the earliest mentions of this famed superhero. This was to be the debut of Superman and till this day is still considered the largest balloon ever to be part of the Macy's Thanksgiving Day Parade. Probably only reported in a NYC publication. Rare as such.
Other news, sports and advertisements of the day. Complete in 48 pages, this is the rare rag edition that was produced on very high quality newsprint, with a high percentage of cotton & linen content, allowing the issues to remain very white & sturdy into the present. Given the subscription cost, libraries & institutions rather than individuals were the primary subscribers of these high-quality editions. Nice condition.