Home > Early and detailed report of a tennis match...
Click image to enlarge 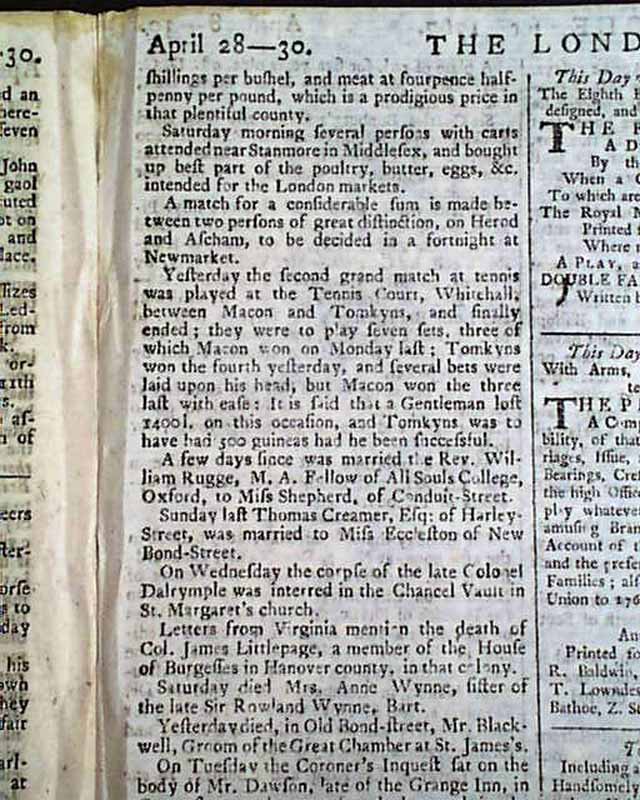 Early and detailed report of a tennis match...

Inside has a very early report on the game of tennis, as such are difficult to find in 18th century newspapers. The report notes: "Yesterday the second grand match at tennis was played at the Tennis court, Whitehall, between Macon and Tomkyns, and finally ended; they were to play seven sets, three of which Macon won on Monday last; Tomkyns won the fourth yesterday..." with more (see). Rather detailed.
Eight pages, 8 1/4 by 11 inches, very nice condition.