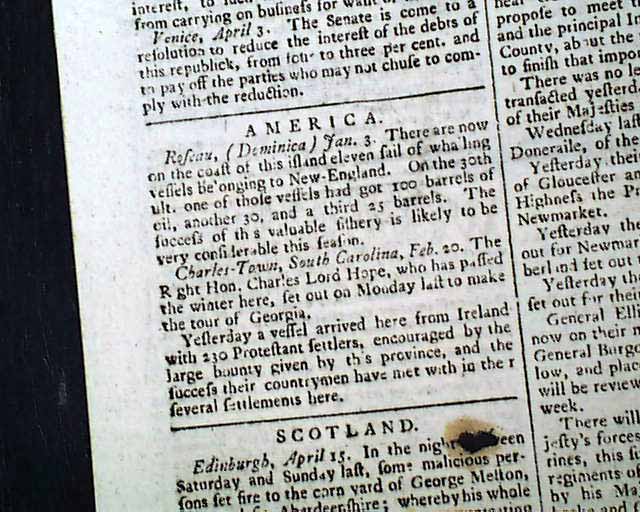 Inside has a report headed: "America" which includes an item datelined Charleston, S.C. which notes: "Yesterday a vessel arrived here from Ireland with 230 Protestants settlers, encouraged by the large bounty given by this province, and the success their countrymen have met with in their several settlements here."
Another report has a letter from Charleston concerning creating a boundary line between North Carolina and the lands claimed by the Cherokee Indians.
Eight pages, 8 1/4 by 11 inches, very nice condition.