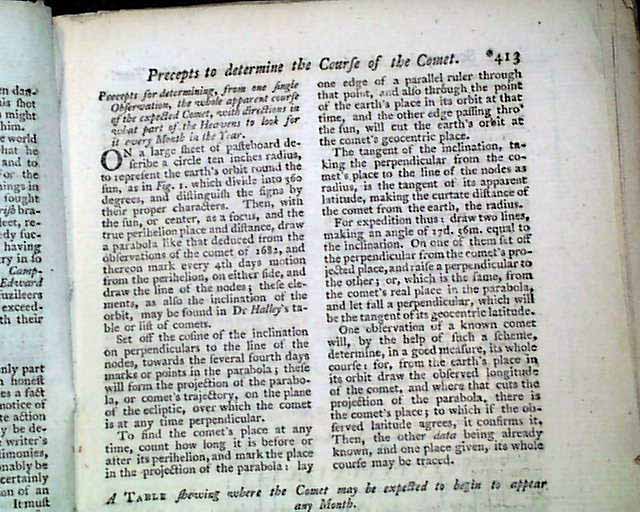 GENTLEMAN'S MAGAZINE, London, September, 1756  Near the back in the "Historical Chronicle" is: "American News" which has a letter from Albany, & among other reports mentions that: "...Col. Broadstreet, with about 300 boatmen, were attacked by about 400 Canadians...Col. Broadstreet behaved gallantly and kept possession of a small island..." and a report from New York notes: "...the French are very strong at Crown Point...the New England men, to the number of 7000, are on their march to attack it..." (see), plus other reports including one datelined from Jamaica on Long Island.
This issue still has both plates called for (see), a portion of one containing graphics as detailed in the text: "...memoirs of the exploits of Scarroyada, a famous Indian warrior, written by himself in Indian characters...the two lines of single strokes at A denote the number of engagements he has been in. The cross stokes at B...represent the number of Indian warriors he has killed with his own hands. The cross strokes at C...shew the number of warriors he had taken prisoners with his own hands. All these he drew with red ink or blood...D is the representation of the bow & arrow which he had cut on each cheek. E is the representation of his tomahock which he wore at his breast..." with a bit more. Rare to find graphic representation of American Indian deeds in an 18th century periodical.
Other content includes: "Precepts to "Determine the Course of the Comet" with a related print; "Horse-Races, as at Present Manged, Unpleasing" "Sea Scurvy the Effect of Lazyness" "New Hypothesis Concerning Earthquakes" "History of the Swedish Constitution" and much more.
Complete in 48 pages, 5 3/4 by 8 3/4 inches with wide, untrimmed margins, full title/contents page featuring an engraving of St. John's Gate, minor foxing at the margins of the title page, nice condition.