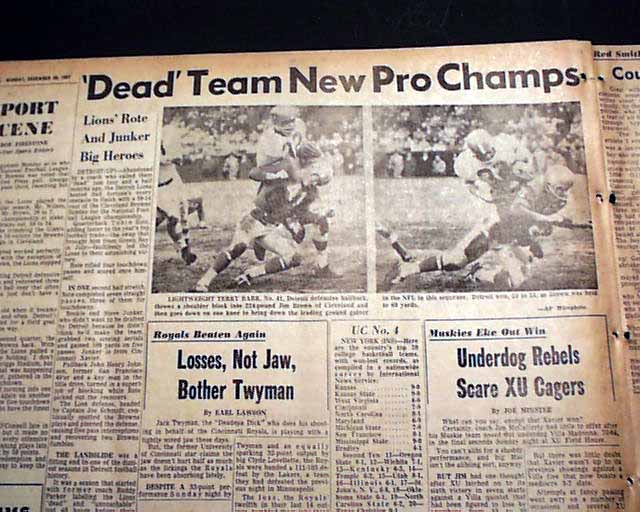 The Browns had won the Eastern Conference with a record of 9-2-1 while the Lions had to play a playoff game against the San Francisco 49ers in the previous week.