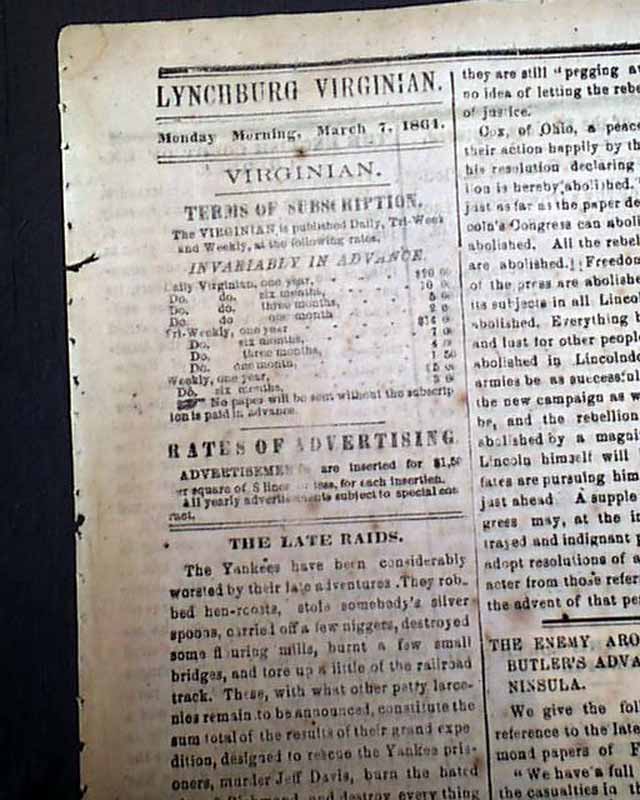 A quite uncommon Confederate title, only the 2nd we have offered in many years. Among the reports: "The Late Raids" "The Enemy Around Richmond--Butler's Advance Up the Peninsula" "Sherman's Expedition" "The Yankee Congress" "More of the Raiders Captured" "Object of the Raiders to Destroy Richmond, Murder Jeff Davis" " "General Forrest's Victory" and more.
Complete as a single sheet newspaper with just a one column masthead, rather common from the Confederacy late in the war as most of the paper mills were in the North and their was need to maximize use of newsprint. A minor ink smear, generally nice condition.