Home > Back to Search Results > The historic Embargo Act of 1807...
Click image to enlarge 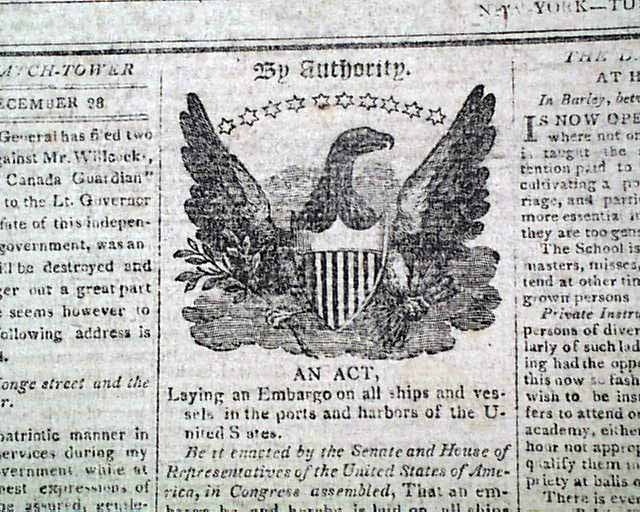 The top of the front page has the full ext of the historic Embargo Act, headed: "EMBARGO" "An Act Laying an EMBARGO on all Ships and Vessels in the ports & harbours of the United States", signed in type by the President: TH: Jefferson. It is headed with a nice heraldic engraving (see). This controversial act  essentially banned trade with foreign countries such that no foreign ships were permitted to carry cargo out of American ports. This was widely protested by the New England states because of the effect on their economy. (see this hyperlink for much more)
Page 2 has a letter to the representatives of the people of New Jersey, signed in type: Th. Jefferson.
Four pages, nice condition.