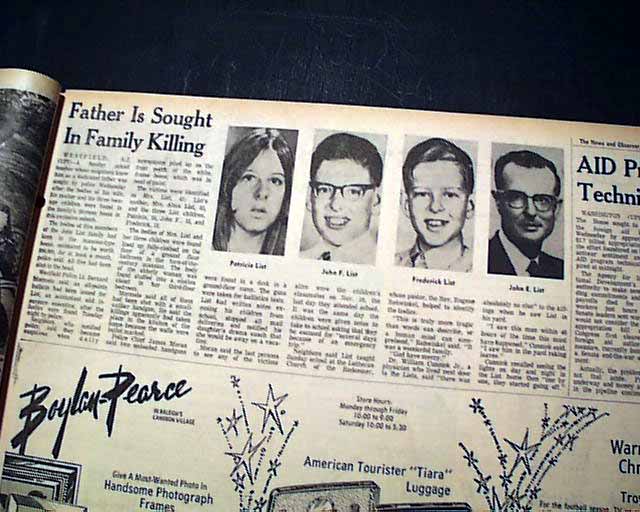 Page 3 has a two column heading: "Father Is Sought In Family Killing" with photos of John List and his three children. (see) First report coverage on the famous John List murders in Westfield, New Jersey. List would be on the lam for nearly 18 years prior of being captured.
Other news, sports and advertisements of the day. Complete in 70 pages, a few binding holes along the spine, minor margin wear, generally very nice.