Home > Back to Search Results > Exploring the Black Hills... Much on early baseball...
Click image to enlarge 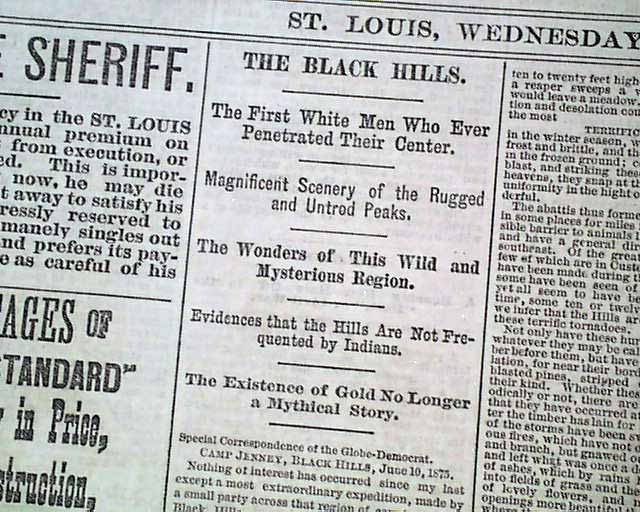 Exploring the Black Hills... Much on early baseball...

The front page has over 2 1/2 columns taken up with: "THE BLACK HILLS" "The First White Men Who Ever Penetrated Their Center" "Magnificent Scenery of the Rugged & Untrod Peaks" "The Wonders of  This Wild & Mysterious Region" "Evidence that the Hills Are Not Frequented by Indians" "The Existence of Gold No Longer a Mythical Story" plus a wealth of subheads. A terrific article on early explorations of the Black Hills.
Inside has a wealth of baseball reporting with: "BALL AND BAT" The Washington's Again Taken Into Camp by the Brown Stockings" "Blong Secedes From the Reds to the Stars, or Covington" "Manager Noxon Tenders the Reds a Benefit at the Theater Comique".
Eight pages, nice condition.