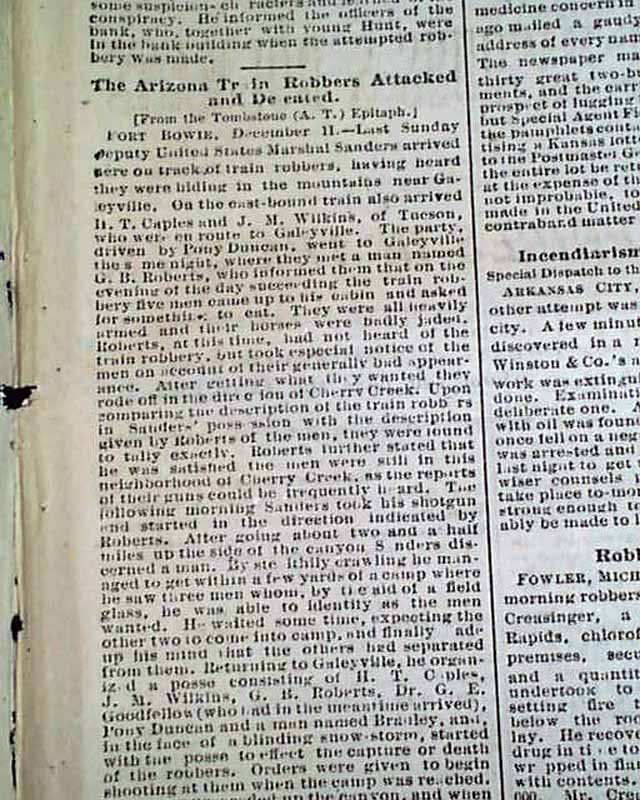 
ST. LOUIS GLOBE-DEMOCRAT, Dec. 18, 1883  Likely due to its location on the edge of the Western frontier, this newspaper typically contained a wealth sensational crime reports and events from the West, much more than any found in eastern newspapers. Page 3 has: "The Arizona Train Robbers Attacked & Defeated" with much detail, taking over one-third of the first column.
Page 4 has over an entire column headed: "THE MORMON FAITH" "An Exposition by the Recognized Head of the Church" "What The Saints Believe & What They Practice in Faith & Morals" with subheads including: "Mormon Tenets" "Mormons Are Not Nullifiers" and "Mormon Marriages" & "Bigamy and Plural Marriage"

Only known issues are held by us...