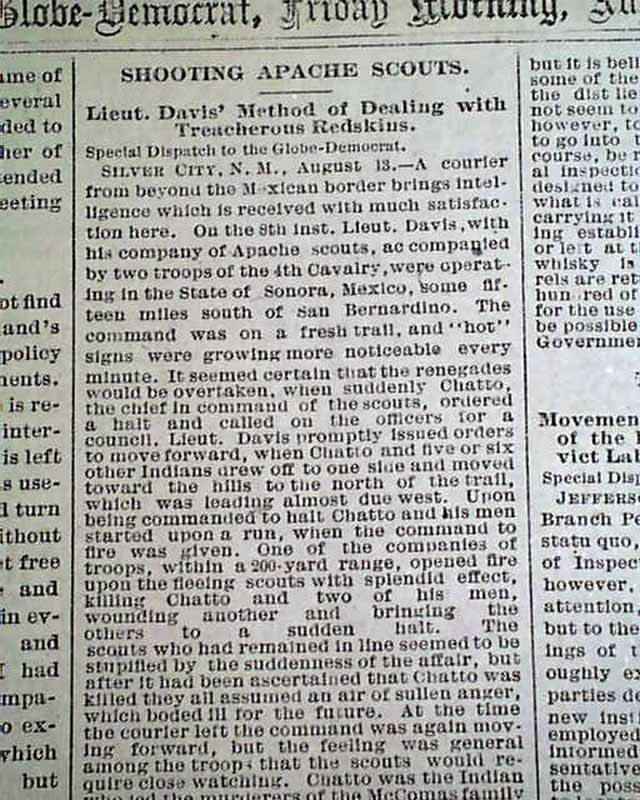 Likely due to its location on the edge of the Western frontier, this newspaper typically contained a wealth sensational crime reports and events from the West than found in eastern newspapers.
Page 4 has: "Shooting Apache Scouts - Lieut Davis' Method of Dealing with Treacherous Redskins", a report from New Mexico. Also: "Hauled Up By The Neck" "Execution of a Wife-Murderer at Troy, NY.--Strangled to Death".
Ten pages, nice condition.