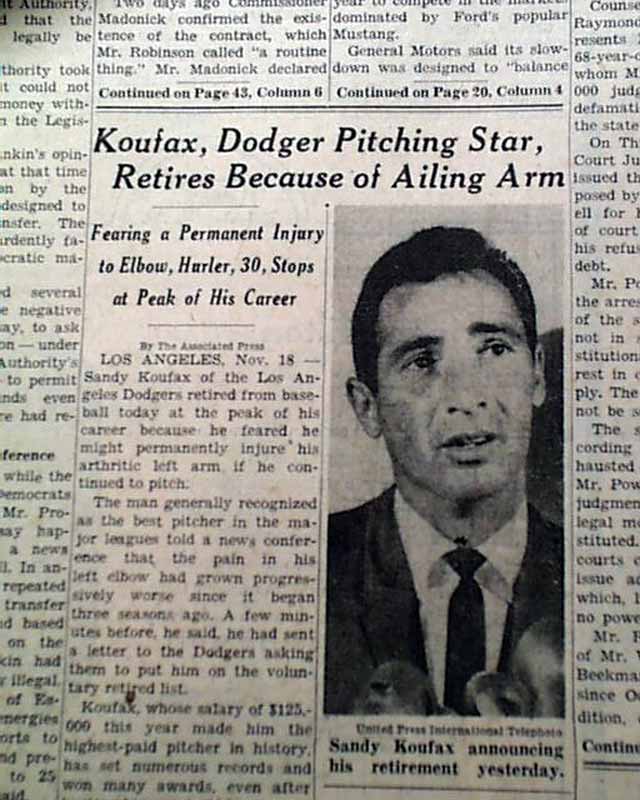 
NEW YORK TIMES, Nov. 19, 1966  Near the bottom of the front page is a two column head: "Koufax, Dodger Pitching Star, Retires Because of Ailing Arm" with subhead and photo.
Much more in the sport's section (page 39) with banner headline, a few photos and stats.
Koufax is also remembered as one of the outstanding Jewish athletes in American sports. His decision not to pitch Game 1 of the 1965 World Series because it fell on Yom Kippur garnered national attention as an example of conflict between professional pressures and personal beliefs.
Complete in 68 pages, nice condition.