Home > Back to Search Results > Reference to Ben Franklin & his lightning rod...
Click image to enlarge 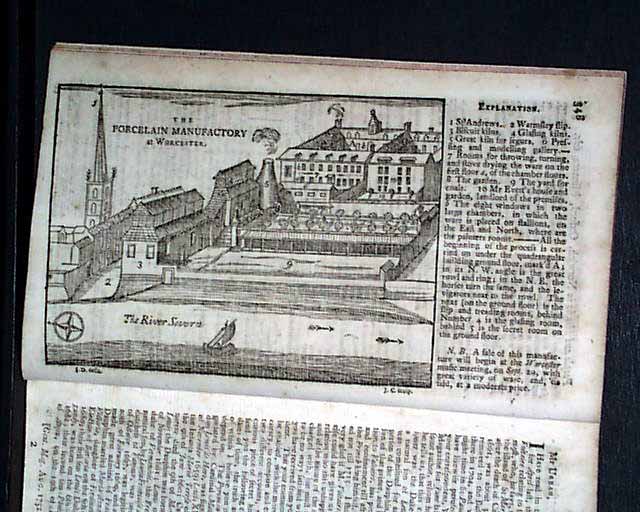 Item # 638567 THE GENTLEMAN'S MAGAZINE, London, August, 1752  Items of interest in this issue include a nice print of: "The Porcelain Manufactory at Worcester" with the River Severn in the foreground. "Of the Man with the Iron Mask" "Ancient Forms of Mourning"  "History of the Incas, Concluded" "Remarkable Cure by Electricity" "Cause of the Aurora Borealis" and more.
Near the back is the "Historical Chronicle" with the latest news reports of the day which includes items from Halifax and Boston as well as a Ben Franklin reference with an item beginning: "In consequence of the experiments lately made in France pursuant to Mr. Franklin's doctrine of thunder and lightning, & his suggestion of drawing off gradually the electrical fire from clouds by pointed bars..." with more concerning his lightning rod (see).
The full page plate with the six heads of: "Incas of Peru" and "With the Cuckow of Carolina, coloured from Catesby" are present but the other print called for is lacking.
Complete in 48 pages, measures 5 by 8 inches, full title/contents page featuring an engraving of St. John's Gate, with several tiny binding holes along the spine, otherwise in very good condition.