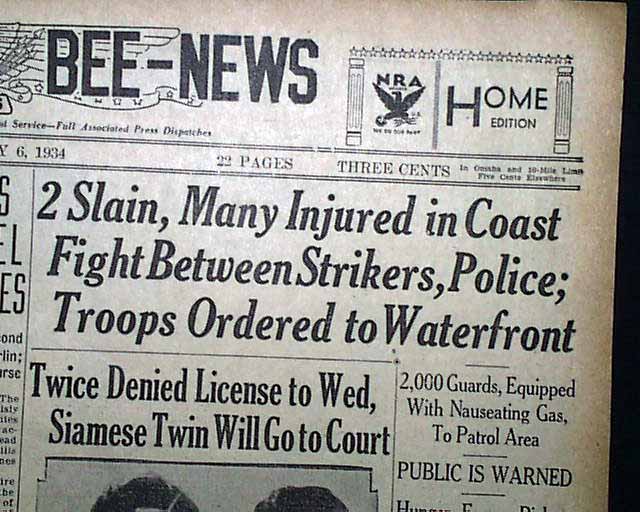 
THE OMAHA BEE-NEWS, Omaha, Nebraska, July 6, 1934  The front page has a three-column, three-line headline "2 Slain, Many Injured in Coast Fight Between Strikers, Police; Troops Ordered to Waterfront" with subheads "2,000 Guards, Equipped With Nauseating Gas, To Patrol Area" "Public Is Warned" "hunger Forces Pickets To Make Truce During Meal Time".
Also in this issue is an article "Dillinger Is Now Cripple, Friend Says".
Other news, sports and advertisement are within.
Complete in 22 pages with several binding slits along the left spine, otherwise in nice condition. Should be handled with some care.