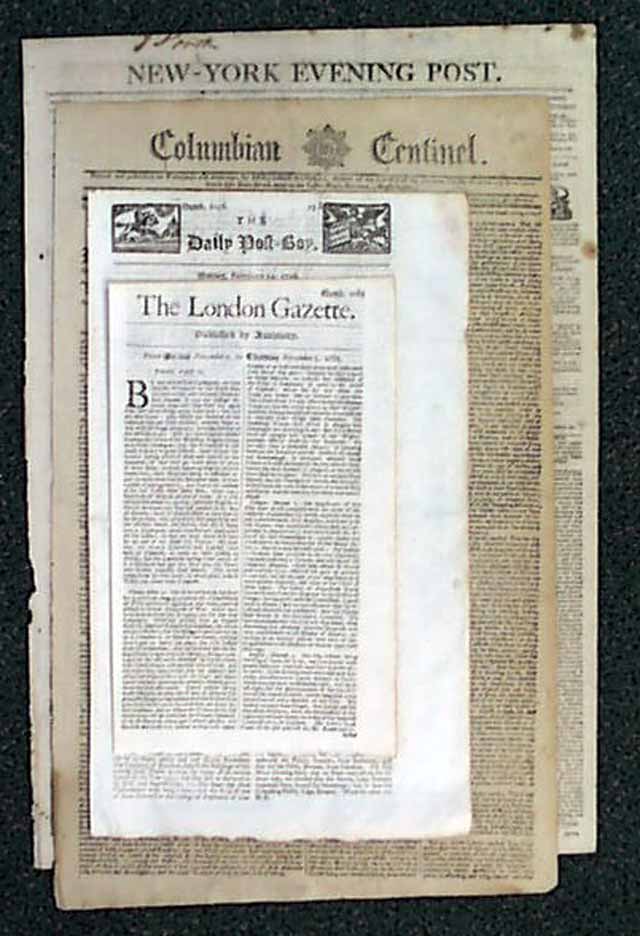 Please see the note at the bottom of this listing.

If purchased, the first set will be sent upon receipt of the order. The following sets will be sent each quarter thereafter, in January, April, July, and October.  Your card will not be charged (the listed amount plus S&H) until the order is ready to ship each quarter. You may cancel at any time provided the next order has not already shipped.

The image shown is just an example of the type of set you will receive. Actual titles and dates will vary.

Note: Due to several buyers being "surprised" when they receive additional sets, although we are still offering this lot at the highly reduced price, we will not charge/ship additional sets without being contacted in advance. Therefore sets can be purchased at any desired frequency. Simply make the purchase when you are ready to receive the next order or contact us through email (guy@rarenewspapers.com).