Home > Back to Search Results > Death of Cecil B. DeMille...
Click image to enlarge 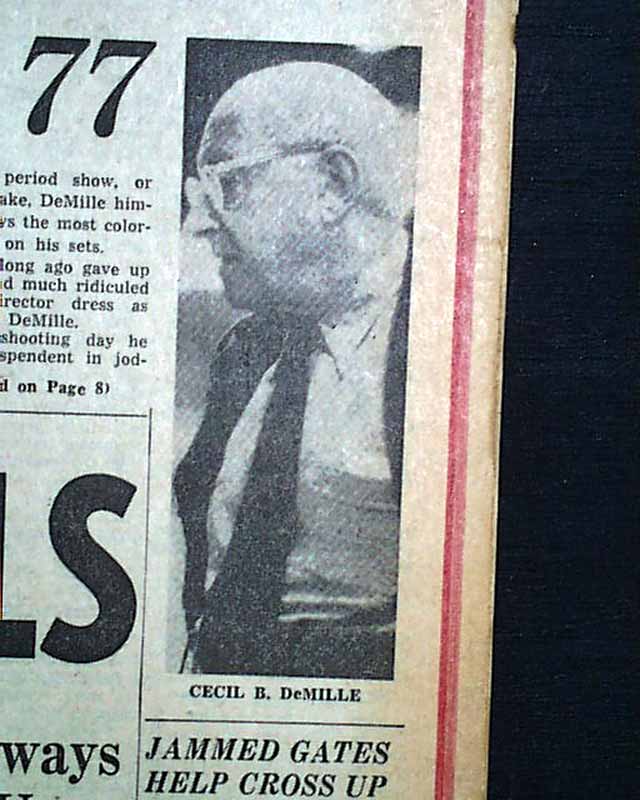 Death of Cecil B. DeMille...


THE DETROIT NEWS, Michigan, January 21, 1959  The headline announces: "Film Titan C. B. DeMille Dies at 77" . "Cecille B. DeMille, 77, pioneer maker of Hollywood's most consistently profitable movies, died of a heart attack at his home early today. He had been ill for a week.... The veteran producer also visited Europe last year to promote "The Ten Commandments," which may become the most profitable picture in Hollywood history. It is the greatest of the biblical films for which he was famous..." The article continues inside and includes a photo DeMille.
Other news, sports and advertisements are within.
Complete in 64 pages with binding holes along the left spine, otherwise in very good condition.