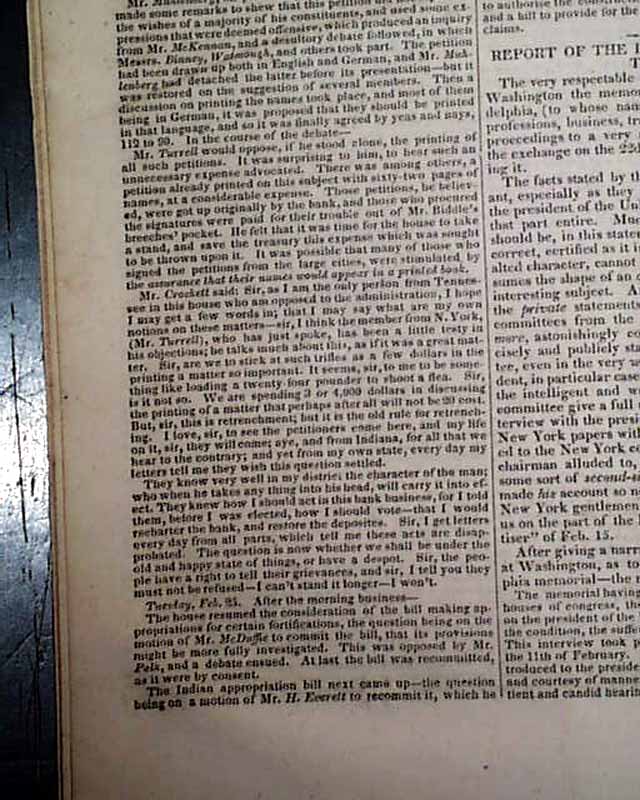 
NILES' NATIONAL REGISTER, Baltimore, March 1, 1834  As was typical with this newspaper, there is much reporting from Congress. Coverage from the "House of Representatives" includes some talk by Davy Crockett, reading in part: "Mr. Crockett said: Sir, as I am the only person from Tennessee in this house who am opposed to the administration, I hope I may get a few words in, that I may say what are my own notions on these matters..." with a bit more (see). Nice to have a period report on Davy Crockett when he was a member of Congress, and shortly before he would leave for Texas and fight--and die--at the Alamo.
Sixteen pages, 6 1/4 by 9 1/2 inches, nice condition. 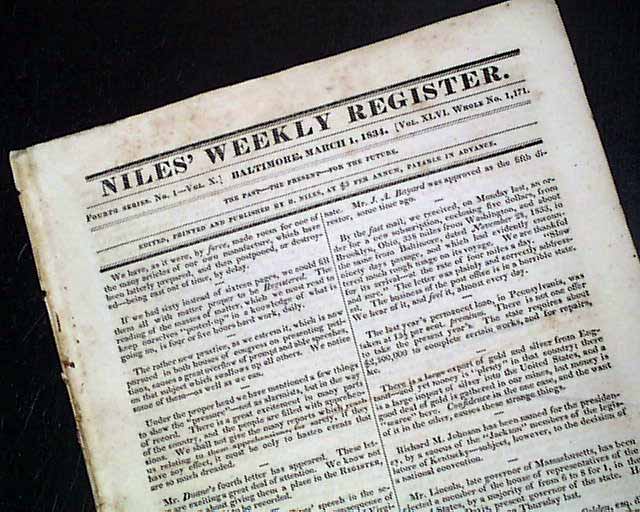 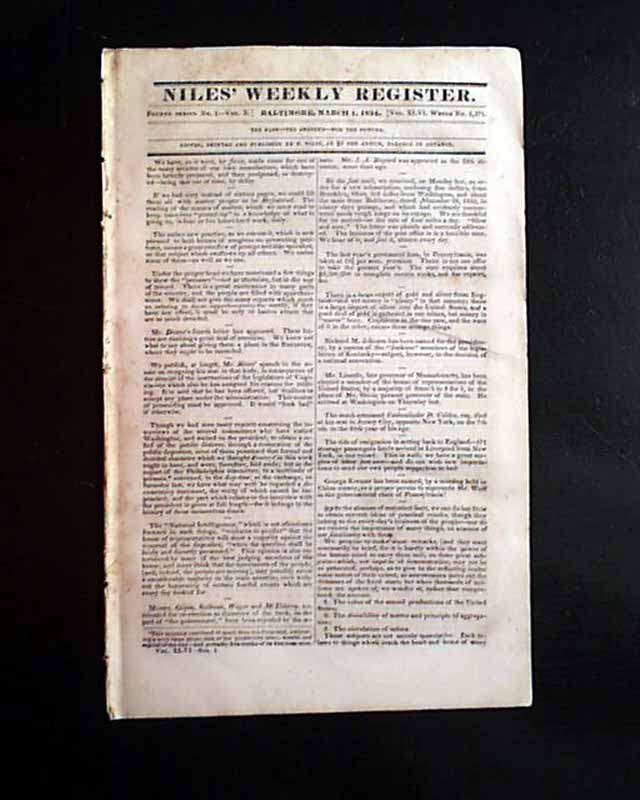