Home > Back to Search Results > The notorious pirate Captain Kidd is sentenced to death...
Click image to enlarge 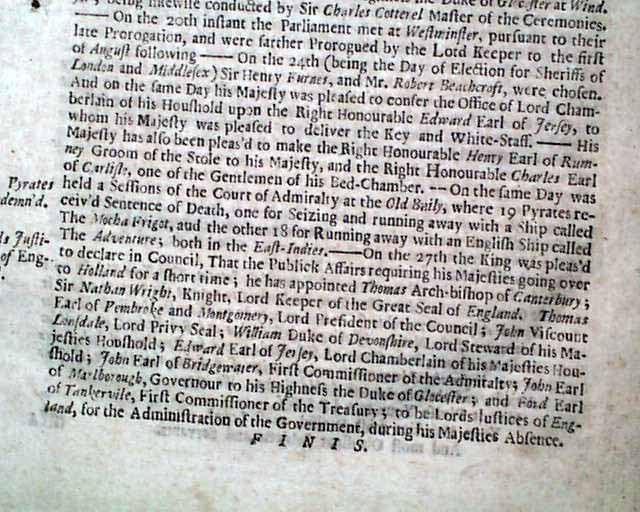 The notorious pirate Captain Kidd is sentenced to death...


A MONTHLY ACCOUNT OF THE PRESENT STATE OF AFFAIRS, (London), June, 1700  A quite rare monthly publication, this likely being the first we have offered in 40 years. Crane & Kaye notes that no American institution has any issue of this title, and only one is recorded in Europe, being the March, 1700 issue. As the title notes, the content report the various reports throughout Europe in the past 30 days. The format has the heading of the article in the margin (see).
Certainly the most notable report is the back page article with column heading: "19 Pyrates Condemn'd". It reads: "On the same day was held a session of the Court of Admiralty at the Old Baily, where 19 Pyrates receiv'd sentence of death, one for seizing and running away with a ship called The Mocha Frigot, and the other 18 for running away with an English ship called The Adventure; both in the East-Indies."
Both events are related (see below) and this latter event involving the Adventure (aka Adventure Prize) was none other the Captain Kidd as verified by the research. Keep in mind that this June issue would have reported events which happened in May, 1700.
On 30 January 1698, while in the East Indies, Captain Kidd raised French colors and took his greatest prize, the 400-ton "Quedagh Merchant", an Indian ship hired by Armenian merchants that was loaded with an incredible variety of East Indian merchandise, as well as extremely valuable silks. Renaming the seized ship "Adventure Prize", he set sail for Madagascar. When this news reached England, it confirmed Kidd's reputation as a pirate, and various naval commanders were ordered to "pursue and seize the said Kidd and his accomplices" for the "notorious piracies".
On 1 April 1698, Kidd reached Madagascar. Here he found the first pirate of his voyage, Robert Culliford and his crew aboard the "Mocha Frigate". Much of Kidd's crew would abandon hiim in favor of the pirate ship "Moca Figate" so with the loyal remnant of his crew, Kidd returned to the Caribbean aboard the "Adventure Prize". Realizing that "Adventure Prize" was a marked vessel, he hid it in the Caribbean Ocean.
The New England governor, Lord Richard Bellomont, himself an investor in Kidd's voyage, had him arrested on July 7,1699 in Boston. He was sent to England in February 1700. The shamelessly rigged trial started on May 8 and was completed the next day. The verdict was that Kidd was guilty of the murder of one of his crew and guilty of multiple acts of piracy. (credit Wikipedia)
All the details line up with the brief text in this issue. Mention of the "Mocah Frigot", the "Adventure", the events happening in the East Indies, and the date of May 9 when Kidd was found guilty. Ultimately he would be hanged on May 23, 1701 in London.
A terrific issue on the report of the sentence of death of Capt. Kidd. Complete in 16 pages, 6 3/4 by 8 14 inches, never bound nor trimmed with very wide margins and many margin headings. 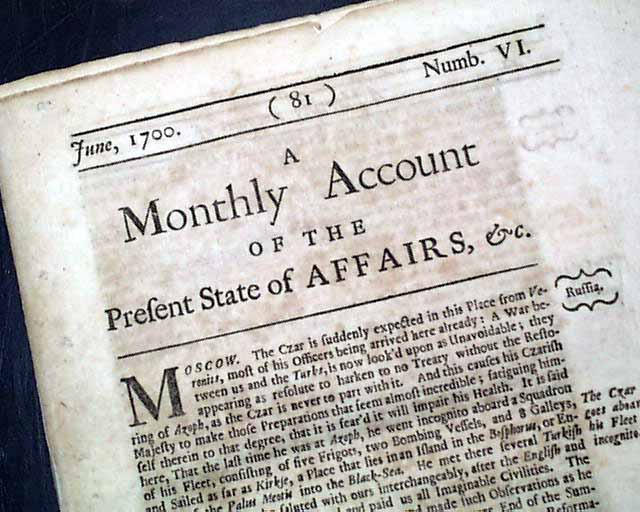 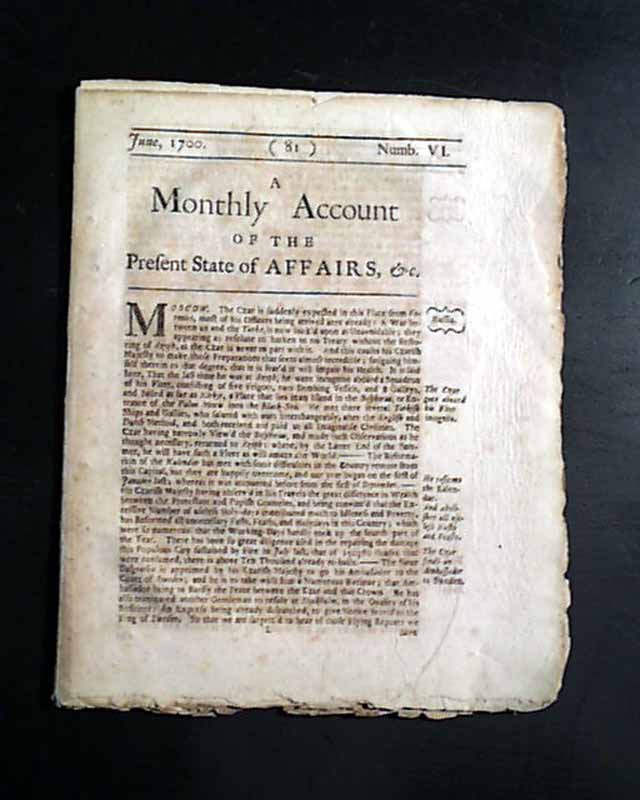 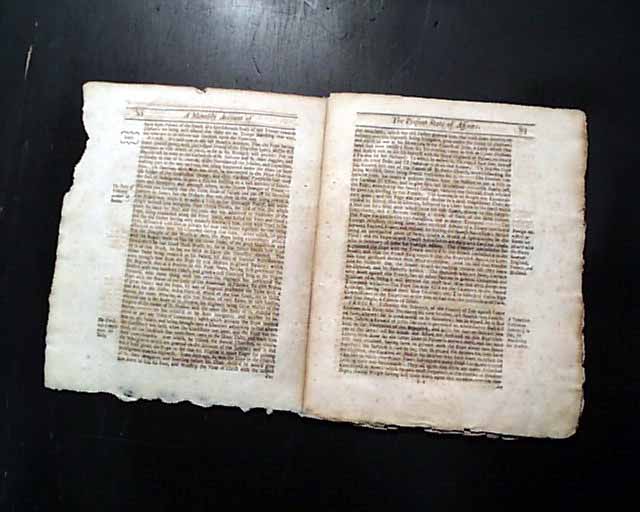 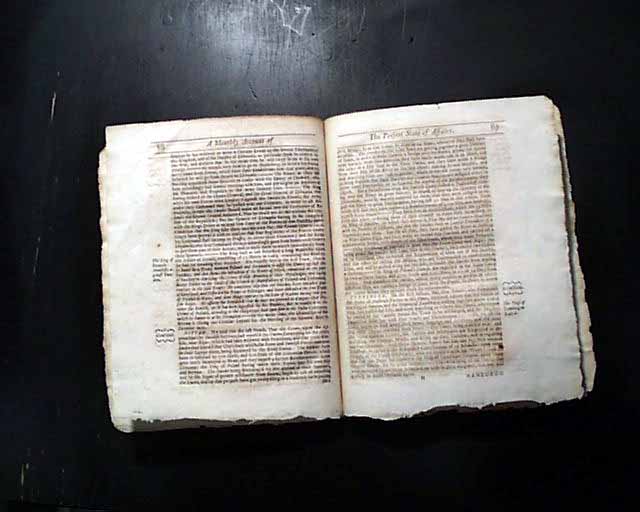