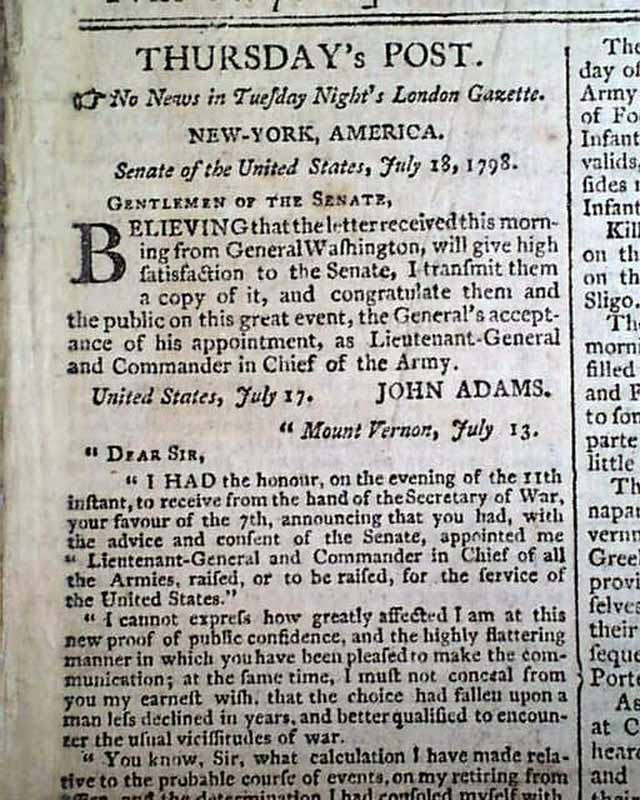 The front page begins with an introductory letter to the Senate signed by the President: John Adams, in which he is pleased with a letter: "...from General Washington...on this great event, the General's acceptance of his appointment as Lt. General & Commander in Chief of the Army." What followed is the lengthy letter signed in type: Go. Washington, dated at Mount Vernon, July 13, 1798. He accepts the position and served as the senior officer of the U.S. Army from July 13, 1798 until his death seventeen months later. He participated in the planning for a provisional army to meet any emergency that might arise, but avoided involvement in details as much as possible; he delegated most of the work, including leadership of the army, to Hamilton.
The balance of the issue is taken up with ads & news items from the United Kingdom.
Four pages, folio size, very nice condition.