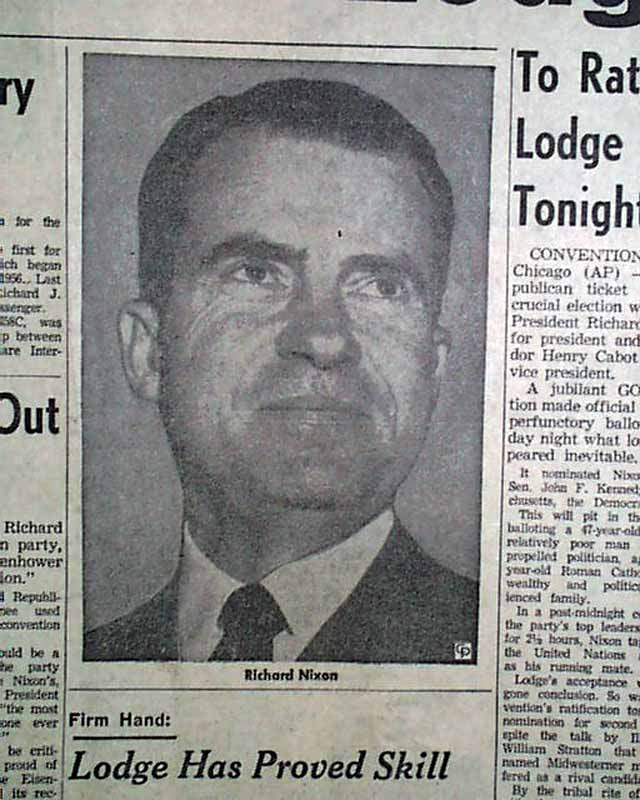 
THE EVENING TELEGRAM, Herkimer - Ilion, New York, July 28, 1960  The banner headline reads "GOP Ticket: Nixon - Lodge" with subhead "To Ratify Lodge Tonight". This was the announcing of the Republican Presidential and Vice-Presidential ticket. This includes a photo of Richard Nixon. Additional articles"Nixon Now Seaks Out As Leader of Party" and "Kennedy Congratulates Nixon on Nomination" are also on the front page.
Other news, sports and advertisements are within.
Complete in twelve pages with several binding holes along the left spine, otherwise in very good condition.