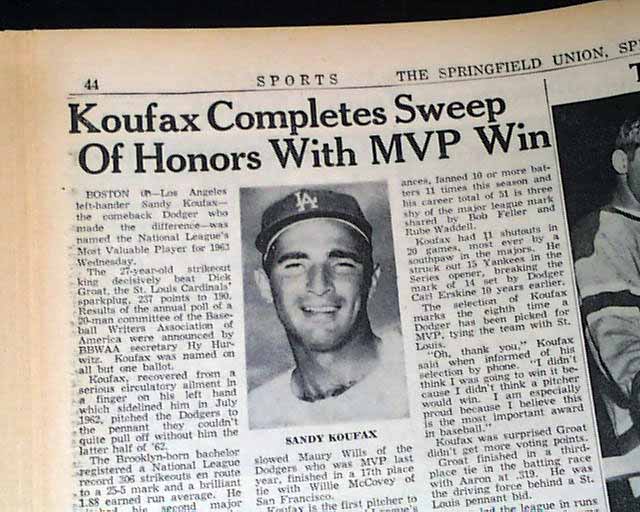 
THE SPRINGFIELD UNION, Massachusetts, October 31, 1963  This 52 page newspaper has a three column headline in the sport's section (page 44): "Koufax Completes Sweep Of Honors With MVP Win" with photo. Nice coverage on Los Angeles Dodgers' pitcher Sandy Koufax winning the National League Most Valuable Player award for the 1963 baseball season.
Koufax is remembered as one of the outstanding Jewish athletes in American sports. His decision not to pitch Game 1 of the 1965 World Series because it fell on Yom Kippur garnered national attention as an example of conflict between professional pressures and personal beliefs.
Nice condition. 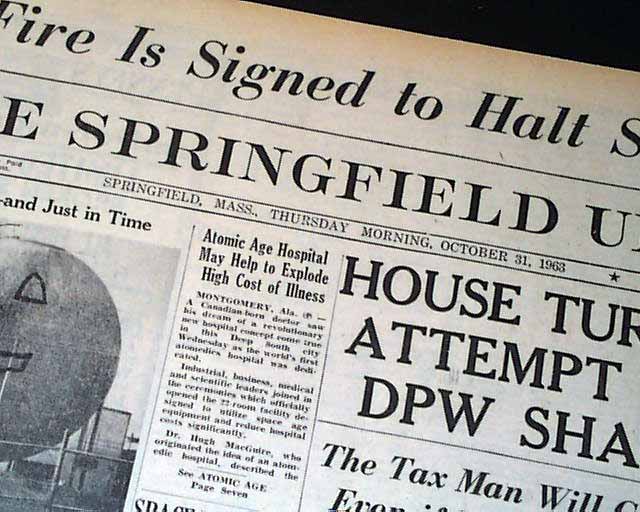 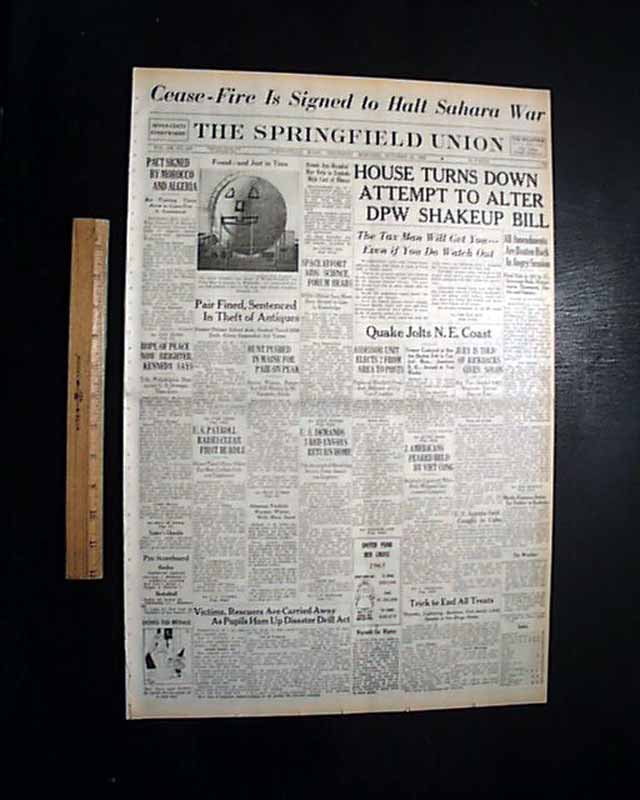 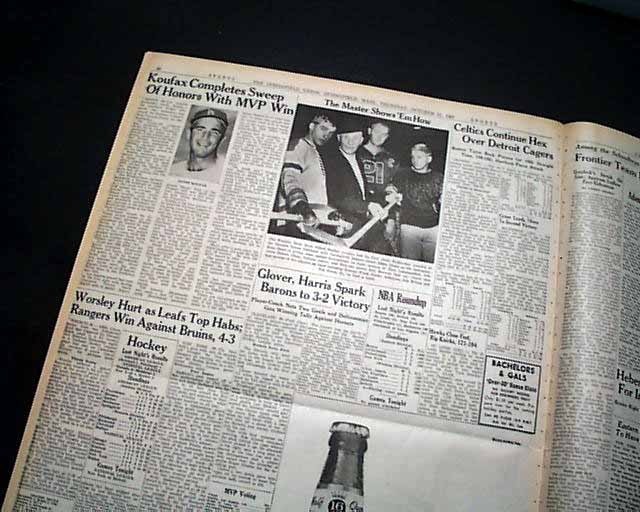 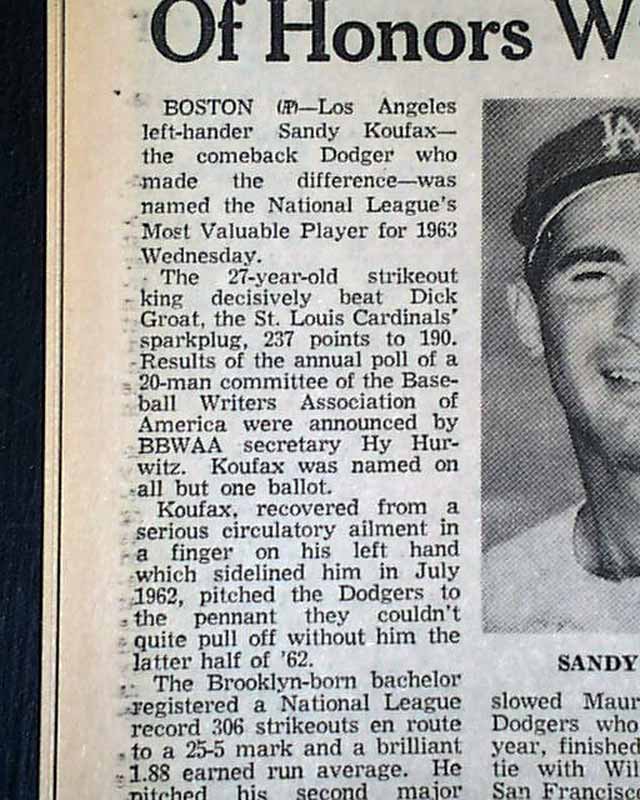 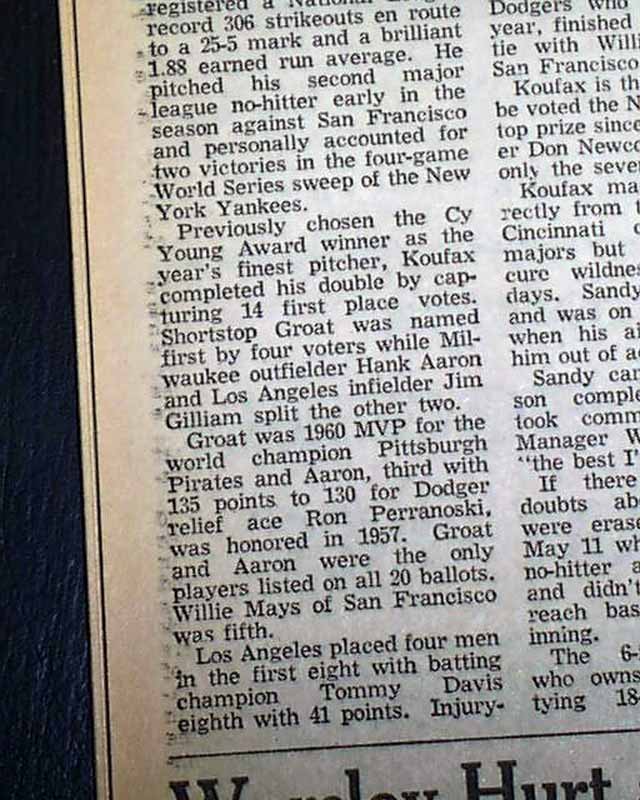 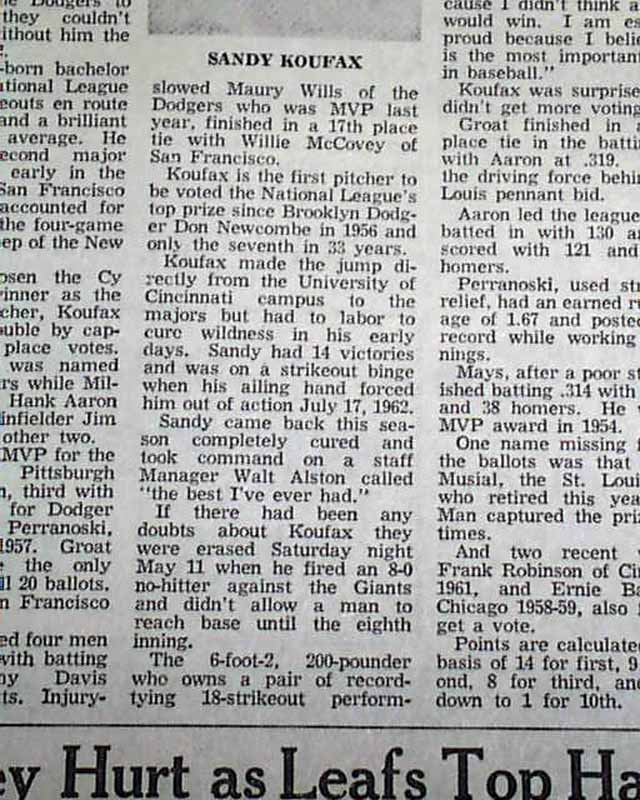 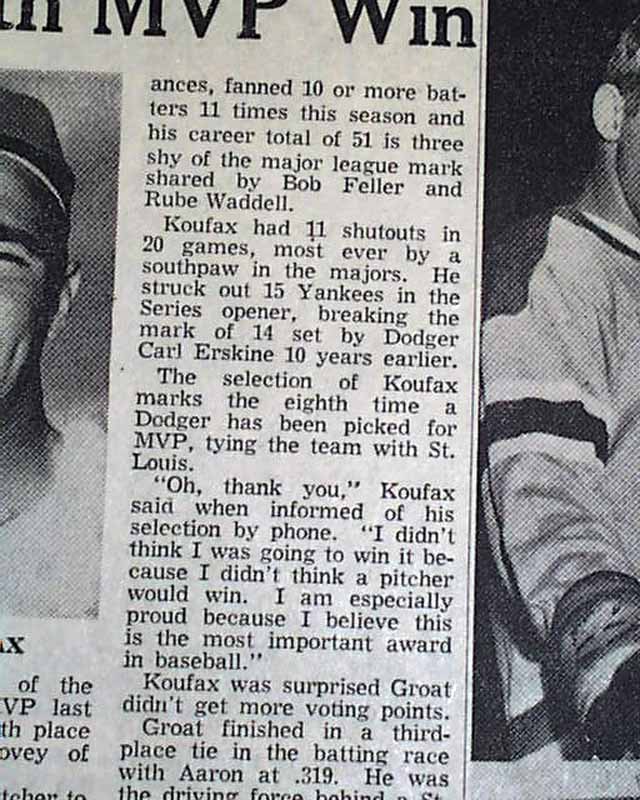 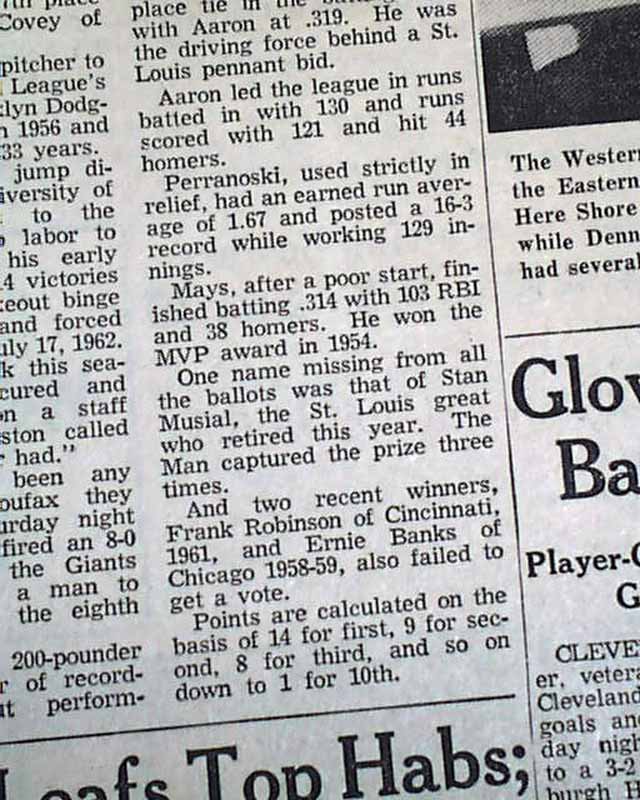