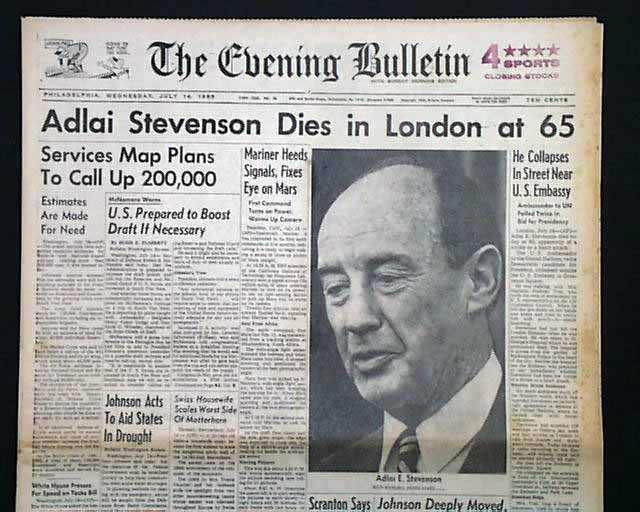 The top of the front page has the bold banner heading: "Adlai Stevenson Dies in London at 65", with a photo and subhead, "He Collapses In Street Near U.S. Embassy." The inside has additional related articles and photos. Other news of the day throughout. Page 19 has a displayable 3/4-page advertisement for the Chevy Camaro (see images).
This appears to be the front section only, has some browning at the mid-fold, but is overall nice.