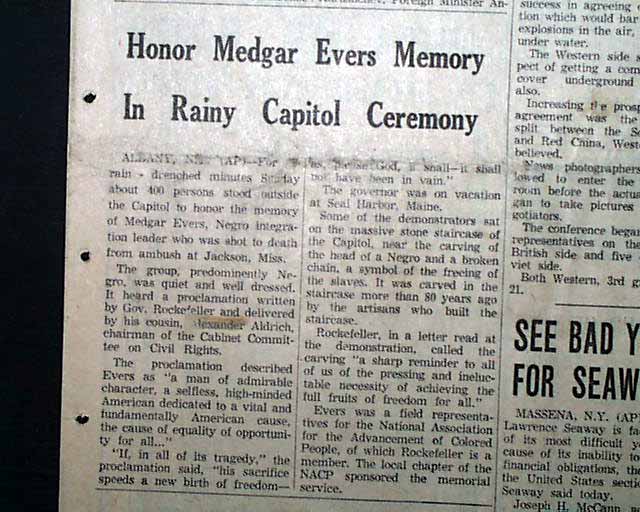 
THE EVENING TELEGRAM, Herkimer - Ilion, New York, July 15, 1963  The front page has a two column, two line headline "Honor Medgar Evers Memory In Rainy Capitol Ceremony" which took place in Albany. "...Some of the demonstrators sat on the massive stone staircase of the Capitol, near the carving of the head of a Negro and a broken chain, a symbol of the freeing of the slaves. It was carved in the staircase more than 80 years ago by the artisans who built the staircase...".
Other headlines on the front page are "Arrest Eight Young Neo-Nazis" and "Wallace Lashes At Race Policy" .
Other news and advertisements are within.
Complete in eight pages with binding holes along the left spine, a little lite rubbing on the front page, otherwise in good condition. 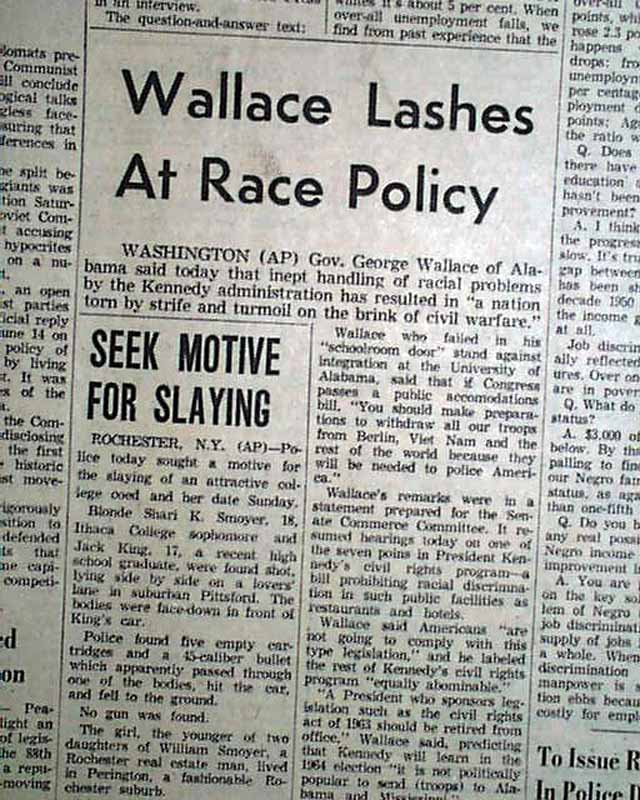 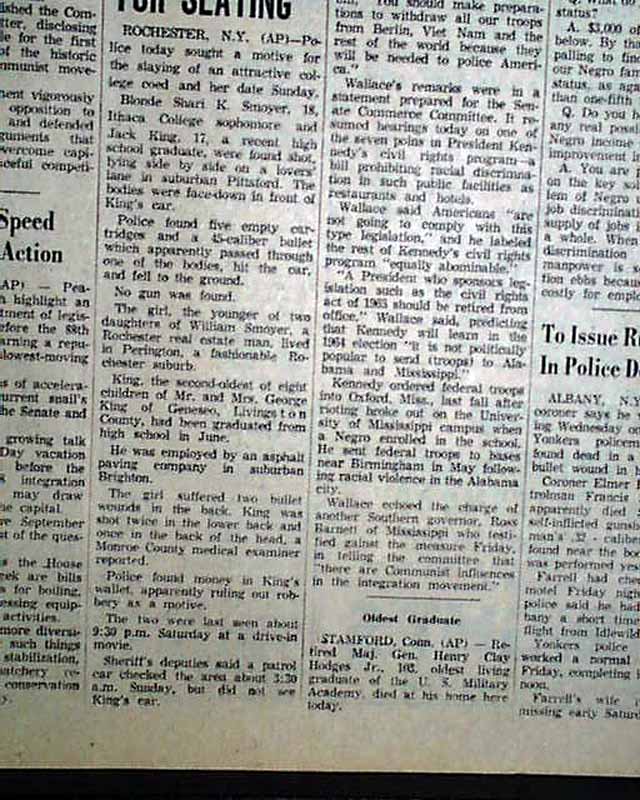 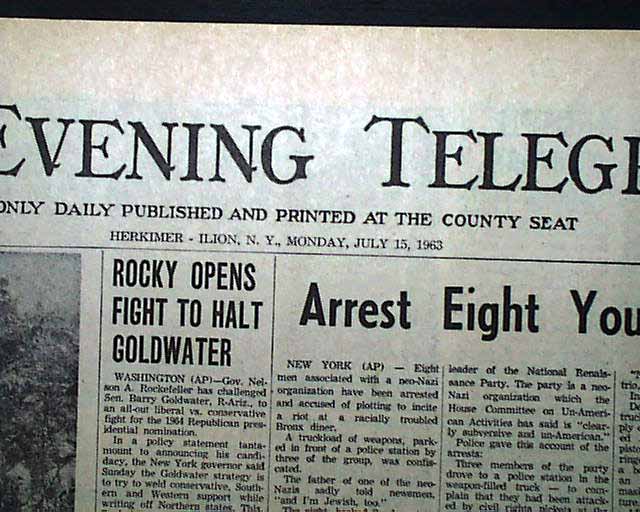 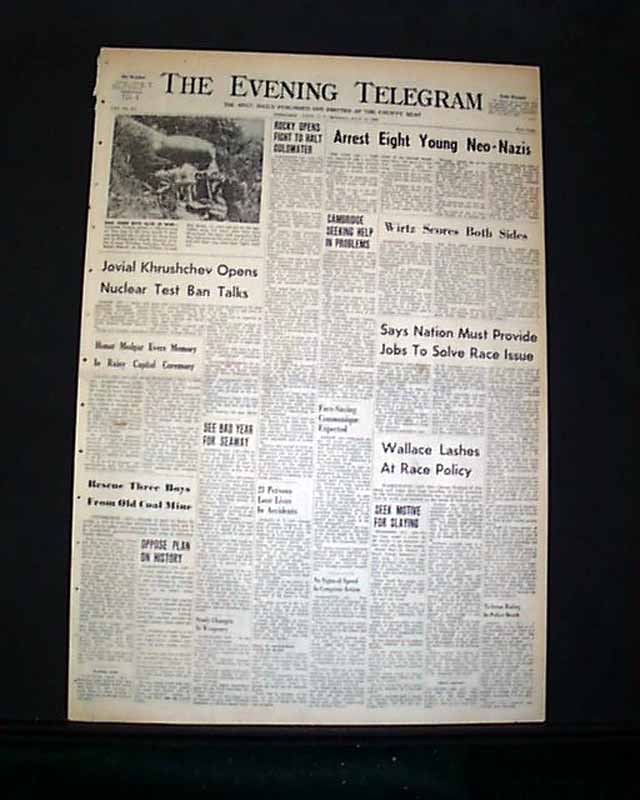