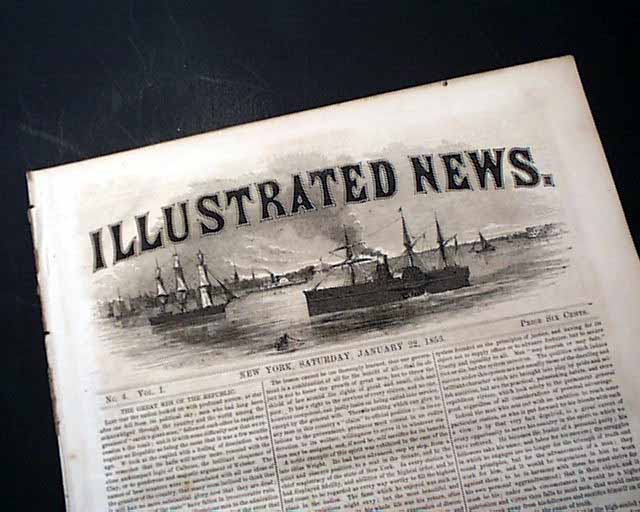 Item # 637694 ILLUSTRATED NEWS, New York, 1853   Phineas T. Barnum was the co-owner (see photos) of this early illustrated newspaper which preceded both "Leslie's Illustrated" and "Harper's Weekly" which would become immensely more successful. This effort by Barnum and the Beach brothers would last for only 48 issues, or less than one year.
There are various prints within this 16 page issue, as the format is very much like Leslie's and Harper's would be. The masthead features a nice engraving of New York harbor.
Various foxing, generally nice condition. The photo is "generic", meaning the issue you receive may be different but the format & condition will be similar and it will be dated 1853.