Home > Back to Search Results > Inauguration and death of Pope John XXIII...
Click image to enlarge 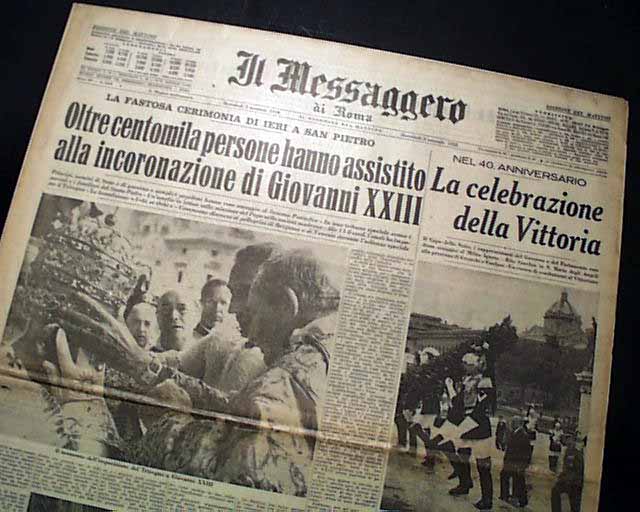 and June 4, 1963  The first issue has considerable reporting on the inauguration of Pope John XXIII as Pope, and the latter issue  of the same title reports his death. Great to have both reports in the same title, and from Rome where both events happened. All text in Italian.
Folio size, 12 and 14 pages respectively nice condition.