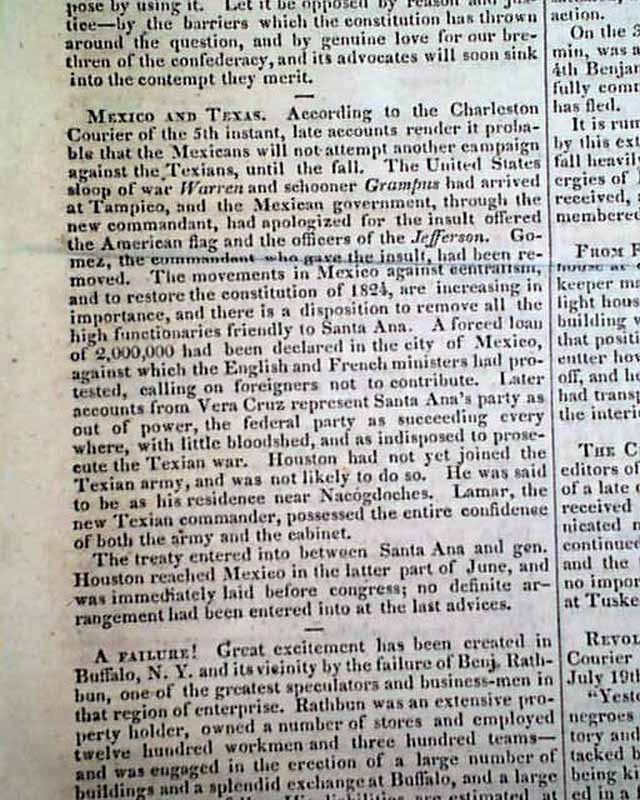 
NILES' WEEKLY REGISTER, Baltimore, August 13, 1836  The front page has: "Mexico & Texas" with mention that the Mexicans will not fight until fall & that a treaty between Santa Anna & General Sam Houston had reached Mexico. Further particulars as well (see). Other items include: "United States & Mexico" "Revolt of Negroes at Havana" "United States & Mexico" and much more.
Perhaps the most notable article is a detailed account of the Battle of Micanopy in Florida, part of the Second Seminole Indian War (see the web for more), taking  nearly a full page.
Sixteen pages, nice condition, 6 by 9 1/2 inches. 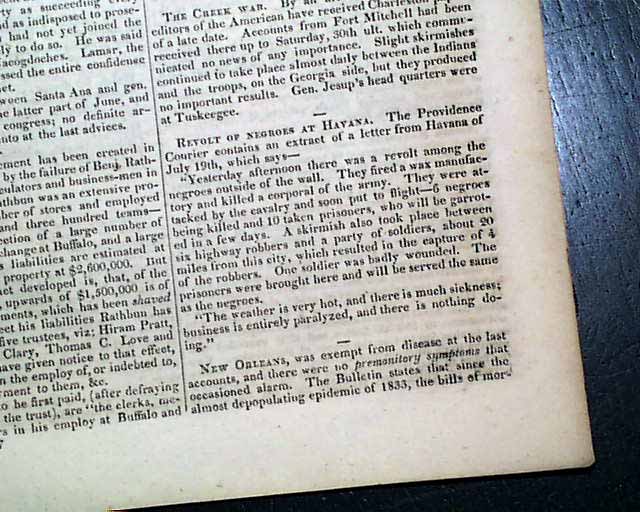 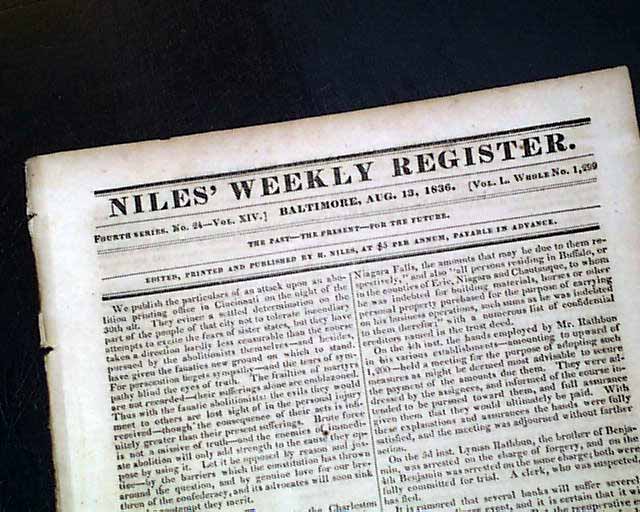 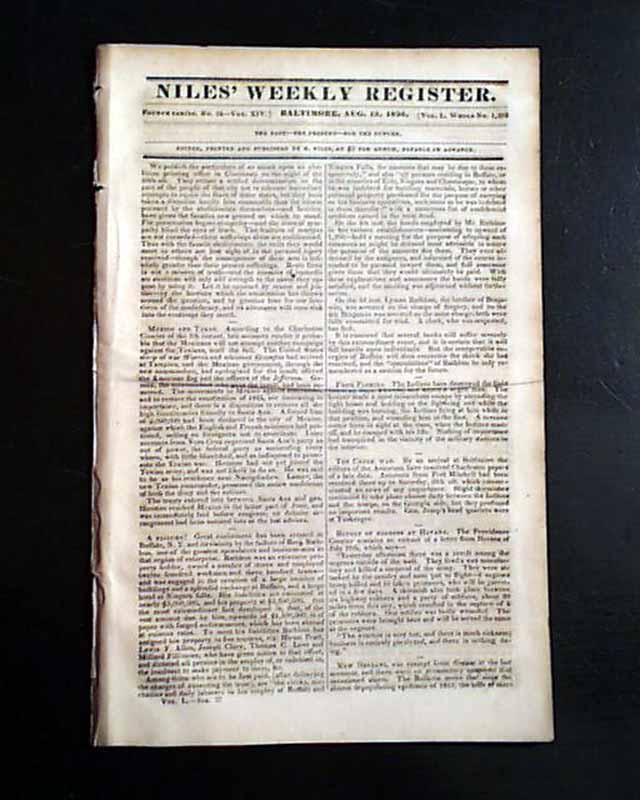 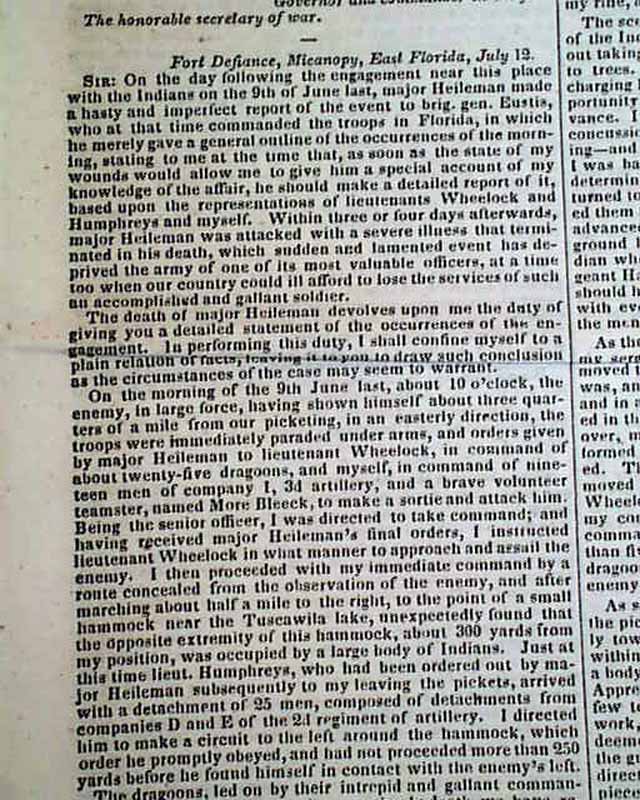 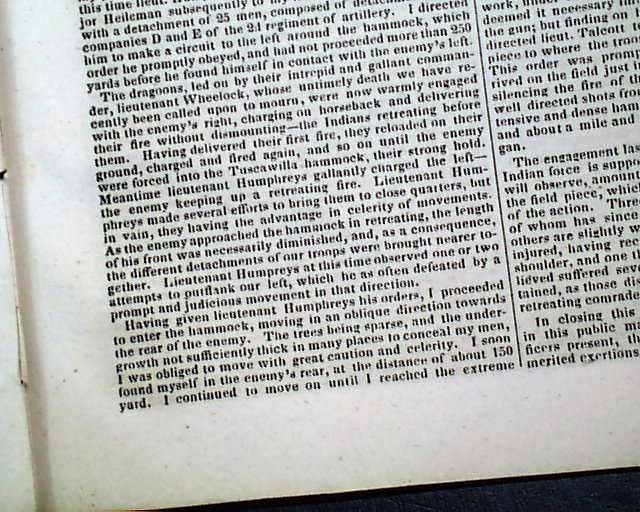 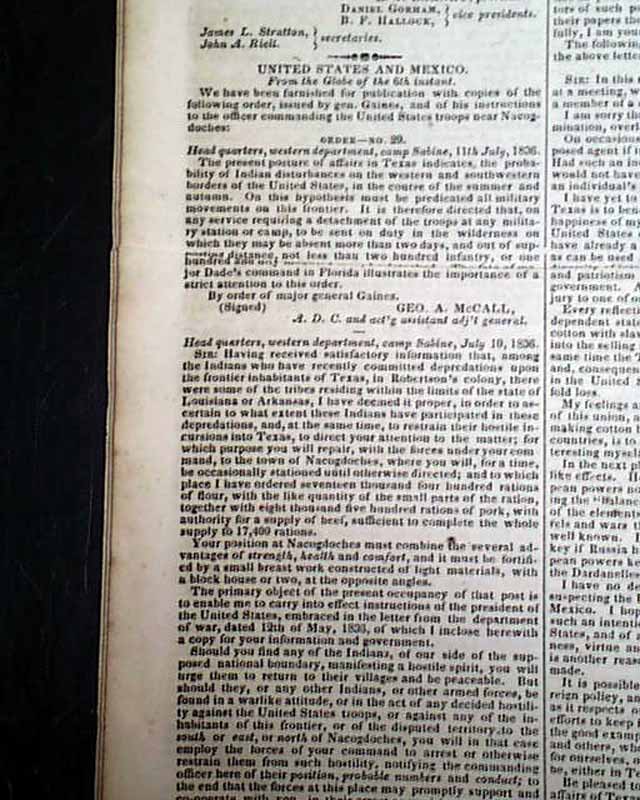