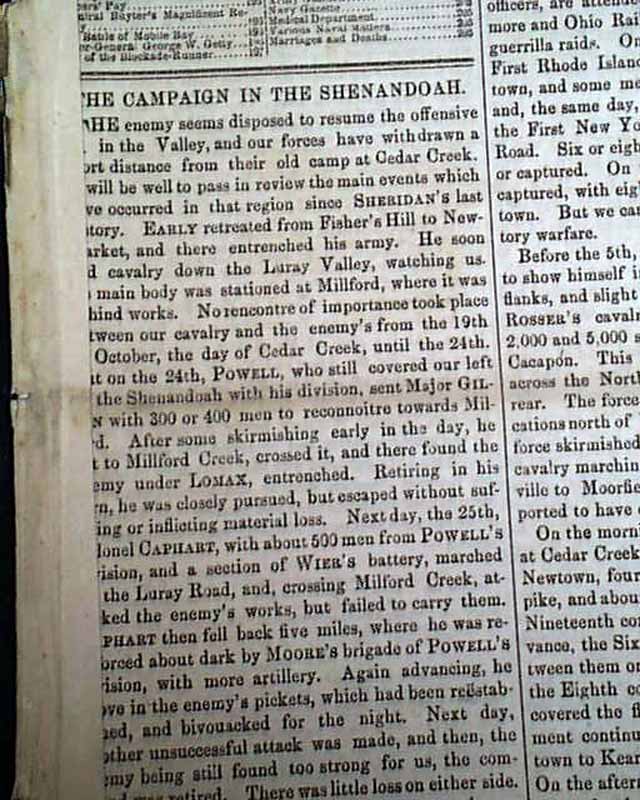 
ARMY & NAVY JOURNAL,  New  York, Nov. 19, 1864  As noted in the masthead this was the: "Gazette of The Regular & Volunteer Forces" and as such is replete with military news of all sorts. The front page has: "The Campaign In The Shenandoah" "The Campaign In Virginia" and "The Campaign in Georgia" which carries over to pg. 2. Other war reports inside include "Military & Naval Punishments" "The Battle of Mobile Bay" "A New Device of War" "The Indian Operations" "Strength of the Enemy" which takes over a full page; and so much more.
Sixteen pages, nice condition.