Home > Back to Search Results > Naval items from near the end of the war...
Click image to enlarge 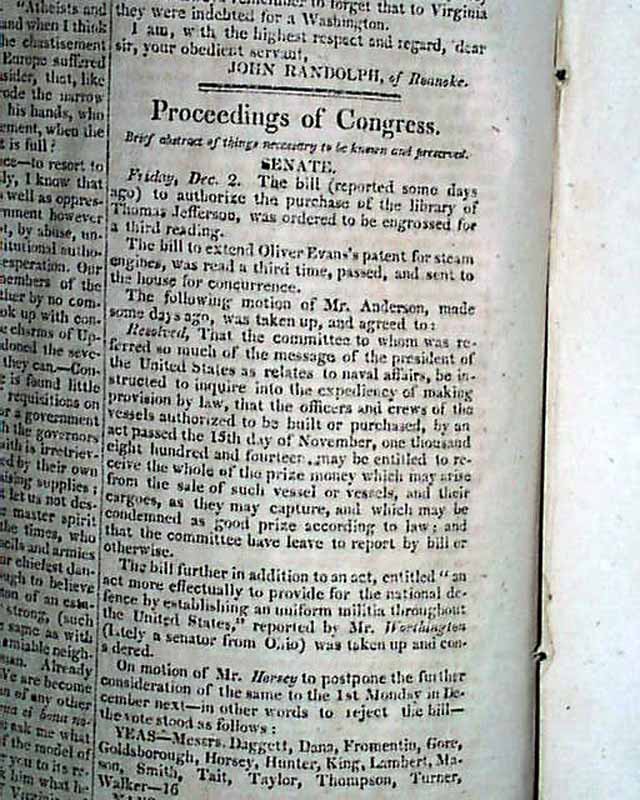 Naval items from near the end of the war...


NILES' WEEKLY REGISTER, Baltimore, Dec. 24, 1814  Included is much on the: "Proceedings of Congress" and nearly 4 pages on: "Events of the War" which includes reports from Ghent, where work is proceeding towards finding an end to the War of 1812. It also has: "Extract of a Letter from Major General Jackson to Governor Early" dated at Fort Mimms; a report headed "Naval" which begins: "The Constitution frigate, Captain Stewart, sailed from Boston some days ago on a frigate-hunting expedition...".
Complete in 20 pages, 6 by 9 1/4 inches, nice condition.