Home > Back to Search Results > After a little more than 100 years... The Sioux Indians are compensated for lands...
Click image to enlarge 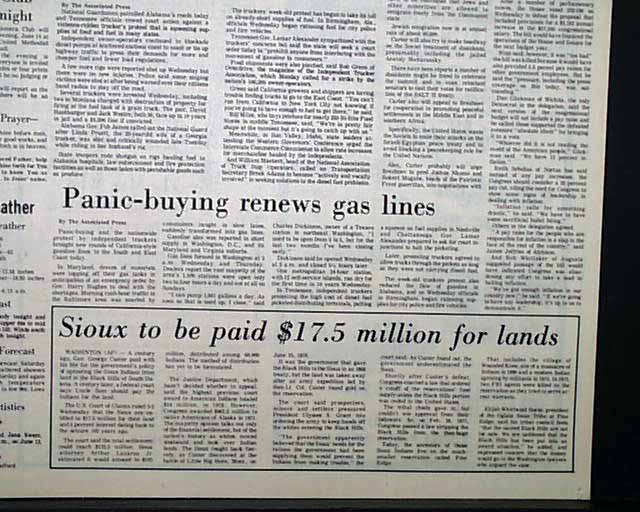 The Sioux Indians are compensated for lands...

The front page has a 5-column heading near the bottom of the page: "Sioux to be paid $17.5 million for lands", with coverage which begins: "A century ago, Gen. George Custer paid with his life for the government's policy of uprooting the Sioux Indians from land in the Black Hills of South Dakota. A century later, a federal court says Uncle Sam should pay the Indians for the land...", with much more.
The issue is complete in 8 pages, and other than a partially loose left spine, is in very good condition (see images). 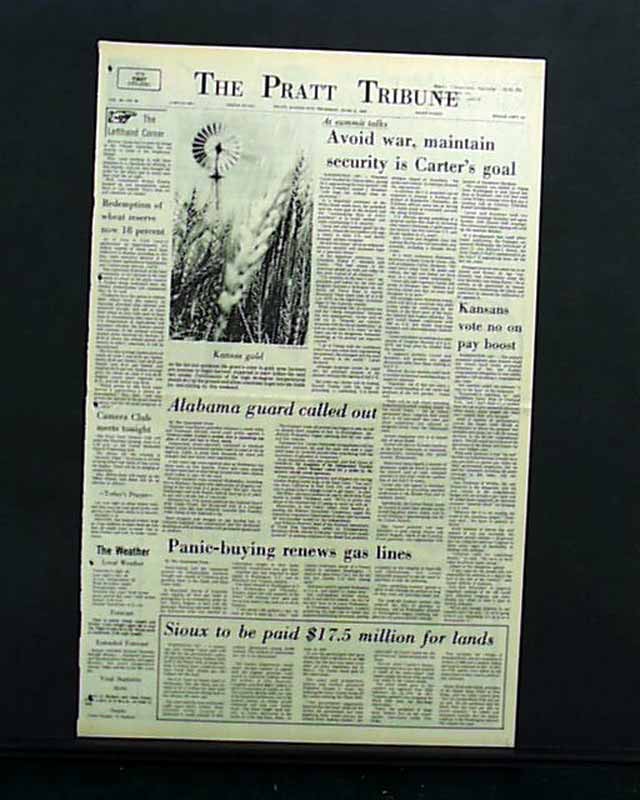 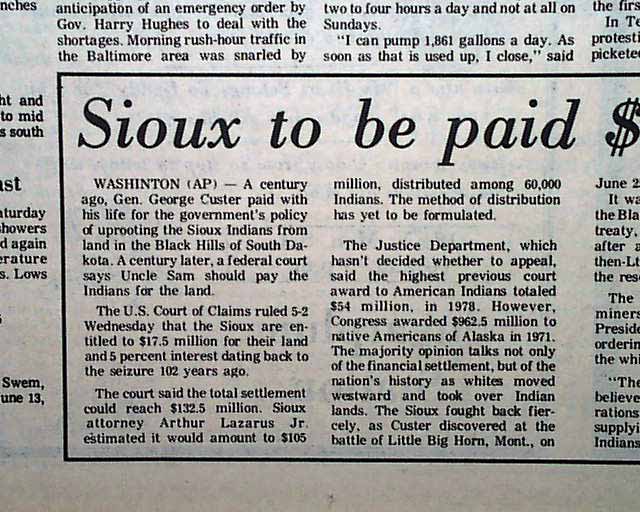 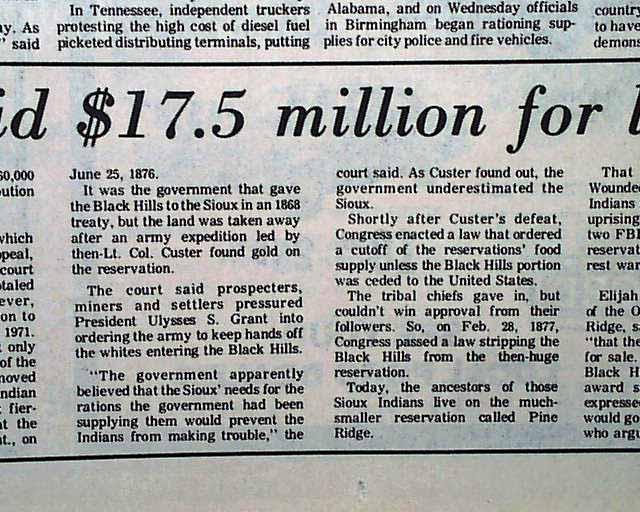 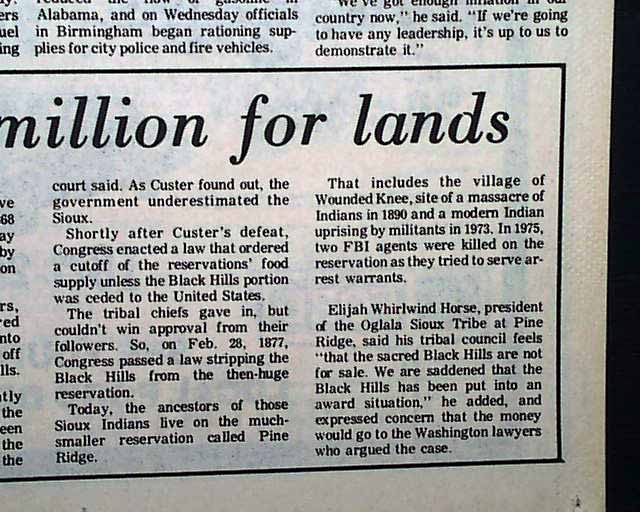