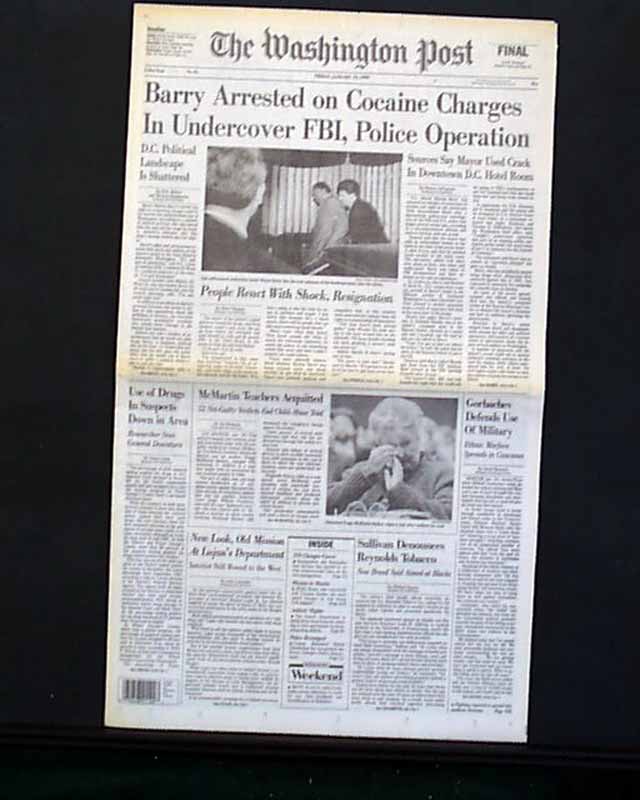 The front page has the two-line banner headline: "Barry Arrested on Cocaine Charges In Undercover FBI, Police Operation", with subhead: "Sources Say Mayor Used Crack In Downtown D.C. Hotel Room", with related photo and text on the front page and additional coverage and photos on inside pages. Nice to have this report in a Washington, D.C. newspaper. Also on the front page is: "McMartin Teachers Acquitted - 52 Not-Guilty Verdicts End Child-Abuse Trial", with text and a photo, which brought to an end the longest and most expensive trial (to-date) in American history - a trial which created wide-spread hysteria over child sexual abuse and alleged Satanic ritual abuse.
This offering is for a front section only, which is in excellent condition with only a minimal amount of browning at the mid-fold (see images).