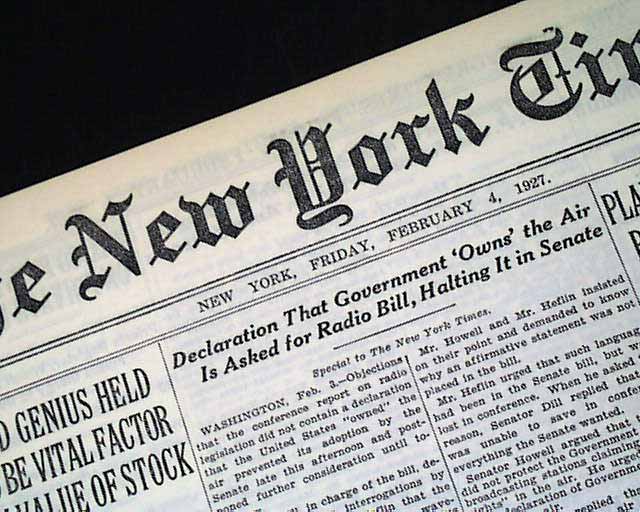 Page 6 has one column headlines that include: "GLASGOW LISTENS TO SOUND OF FACES" "Television Inventor Shows How Image of Every Substance Emits Distinctive Refrain" "Baird Describes Research" and more. See photos for text.
This was a very significant report concerning the founding of television, an invention which would change not only the worlds of entertainment & communication forever, but society as well.
A significant issue for any collector of television history. Complete in 40 pages, the "rag edition" printed on very high quality newsprint for institutional use, great condition.