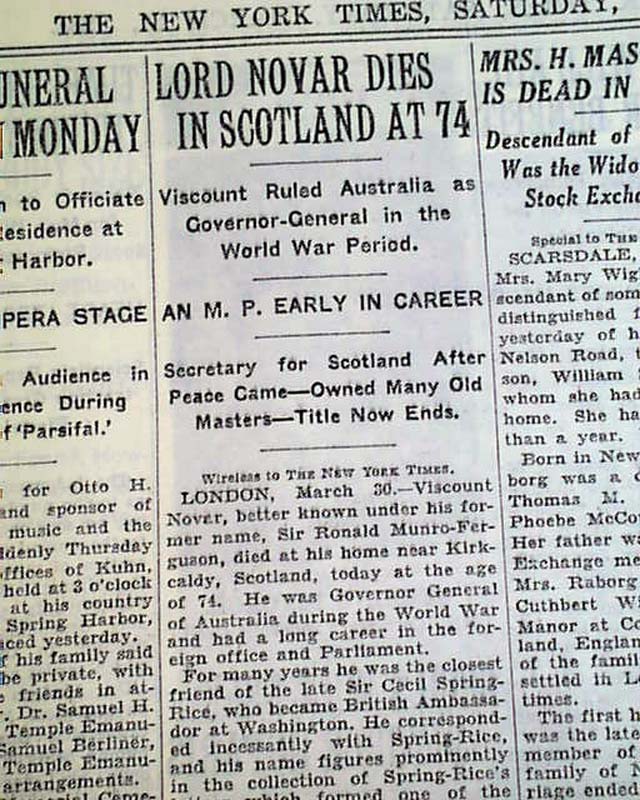 The top of page 11 has a one column heading: "LORD NOVAR DIES IN SCOTLAND AT 74" with subheads. (see) First report coverage on the death of Ronald Munro Ferguson, 1st Viscount Novar, Scottish politician and the sixth Governor-General of Australia. I suspect this is one of the few publications to report this particular event as other titles in our inventory do not.
Other news, sports and advertisements of the day. Complete in 26 pages, rag edition, a little spine wear, generally nice. 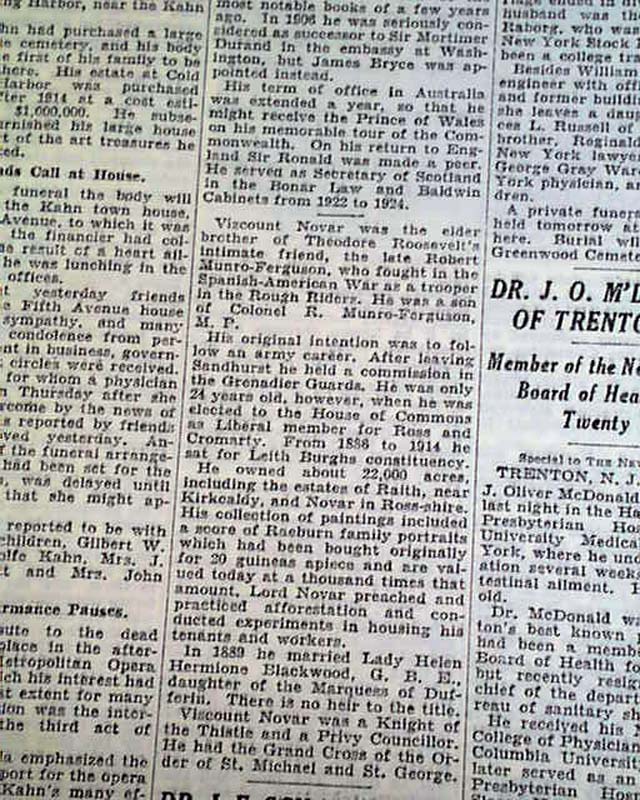 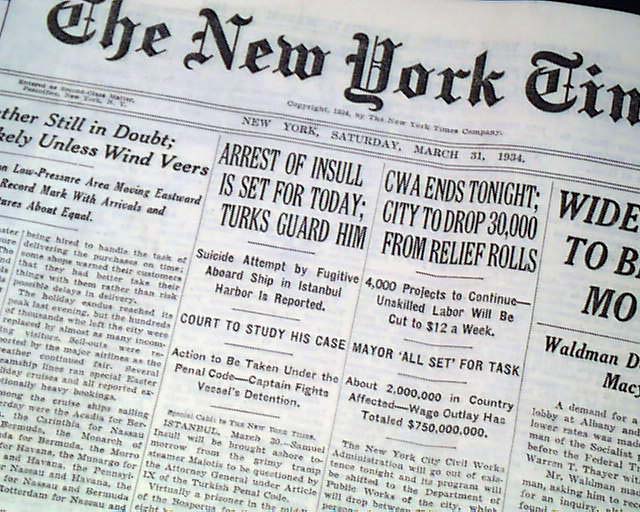 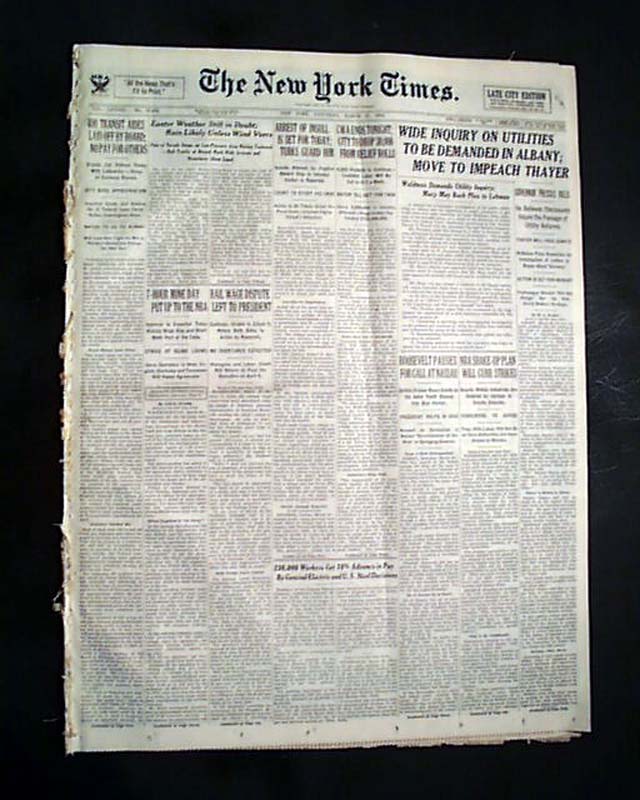