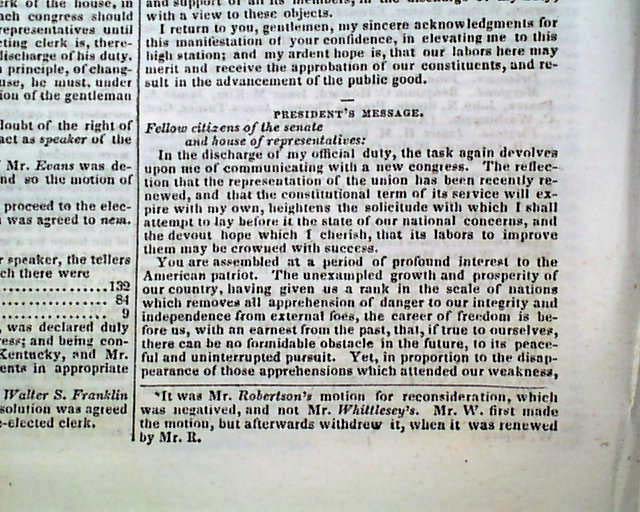 The prime content is the very lengthy annual state-of-the-union address of the President, taking eight pages and signed by him in type: Andrew Jackson. A very detailed review of the events of 1835.
Also within this issue is a letter signed in type: W. H. Harrison; a letter signed by: James  Madison in 1811; another  document signed by: Andrew Jackson; and a lengthy "Treasury Department" report.
Complete in 24 pages, 6 1/4 by 9 3/4 inches, very nice condition.