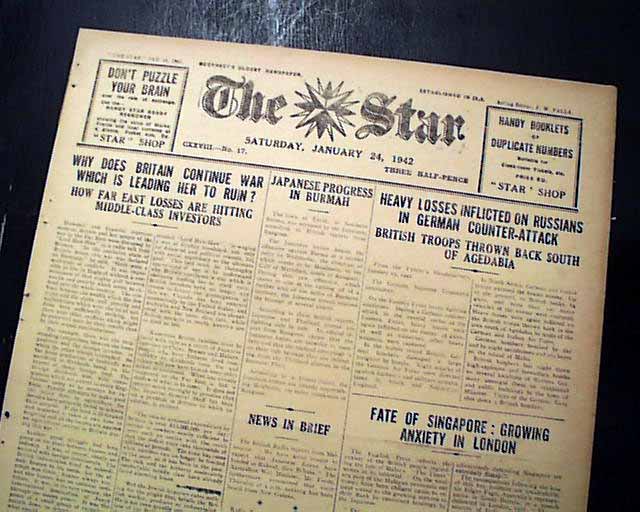 
THE STAR, Guernsey, Channel Islands, Jan. 24, 1942  Among the front page reports are: "Why Does Britain Continue War Which Is Leading Her to Ruin?" "Heavy Losses Inflicted on Russians In German Counter-Atttack" "Fate of Singapore: Growing Anxiety In London" "Japanese Progress In Burmah" and more.
Four pages, 12 by 16 inches.
This newspaper was published on this island in the English Channel and was occupied by the Germans during most of WWII, from July 1, 1940 through May 9, 1945. During the Nazi occupation they took over this newspaper and filled it with pro-German propaganda, offering a unique insight into how the Axis reported the news during the war.