Home > Back to Search Results > Death of Sam Phillips, one of the "founders" of rock & roll...
Click image to enlarge 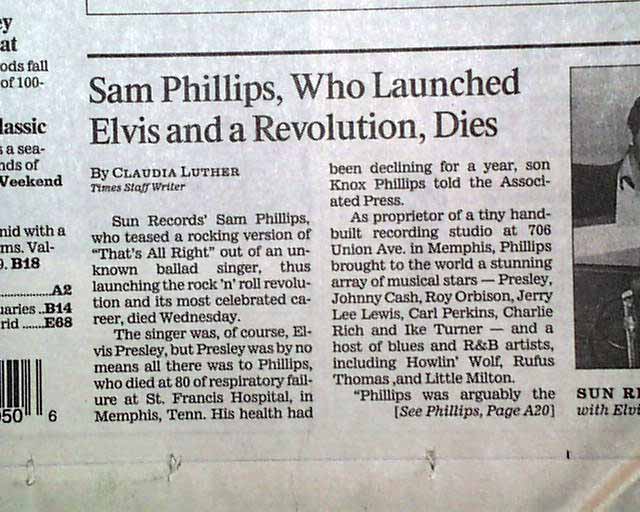 Death of Sam Phillips, one of the "founders" of rock & roll...

The bottom of the front page has a notable report on the death of Sam Phillips, headed: "Sam Phillips, Who Launched Elvis and a Revolution, Dies" plus a related photo. Phillips played an important role in the emergence of rock and roll as the major form of popular music in the 1950s. He was the founder of Sun Studio and Sun Records in Memphis, who discovered such recording talent as Carl Perkins, Jerry Lee Lewis, and Johnny Cash. The height of his success culminated in his launching of Elvis Presley's career in 1954.
Another photo and more on Sam Phillips inside.
The complete issue with 4 sections, a crease near the bottom, very nice condition. 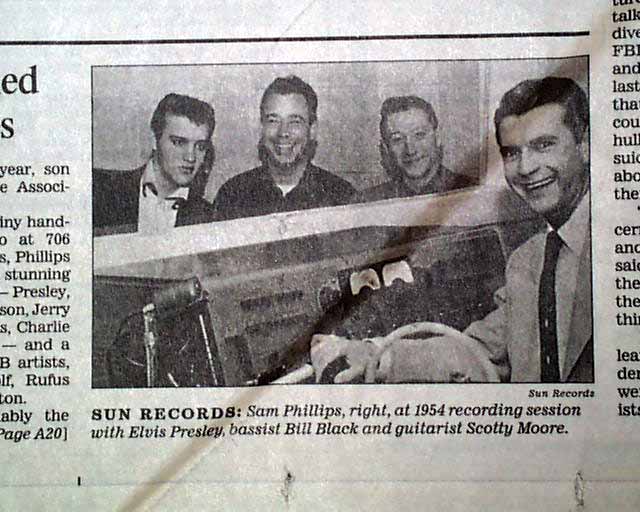 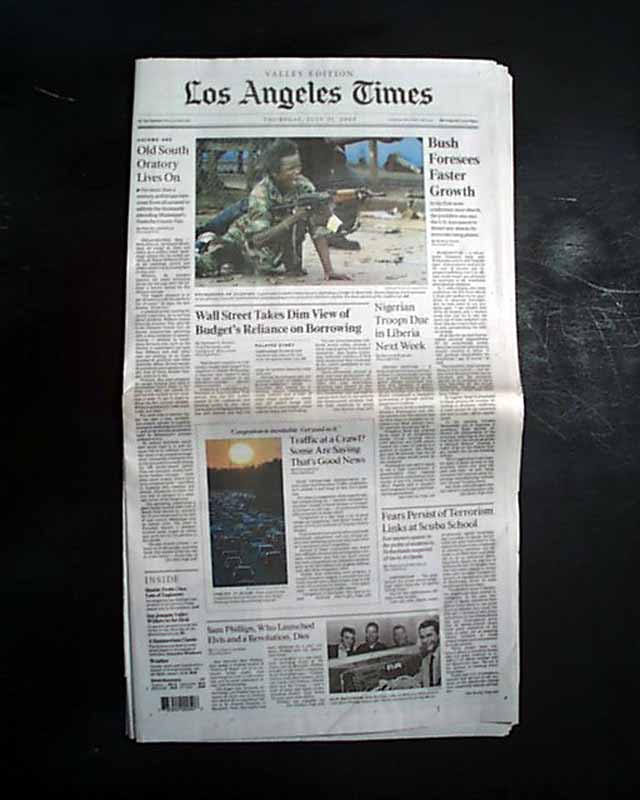 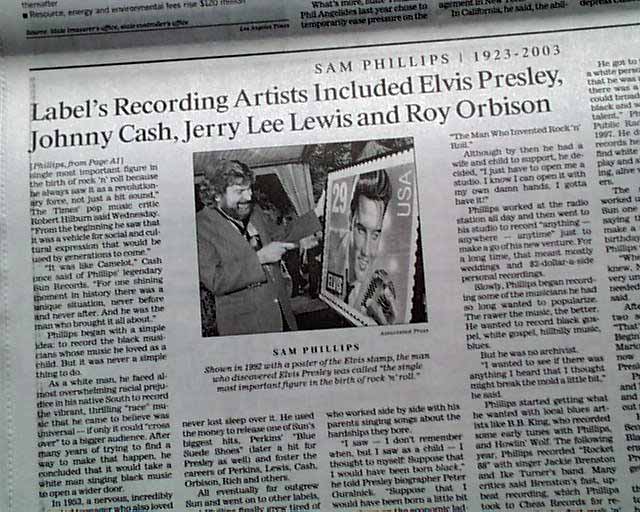 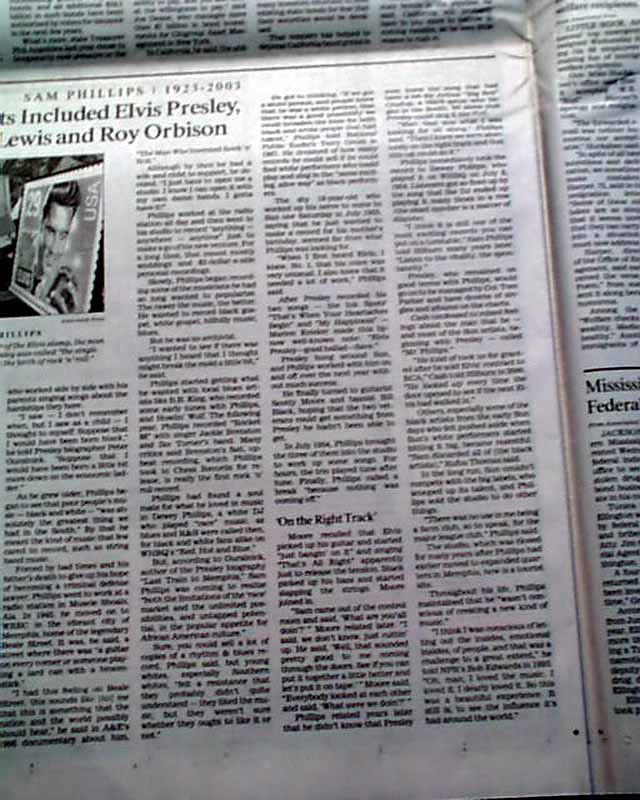