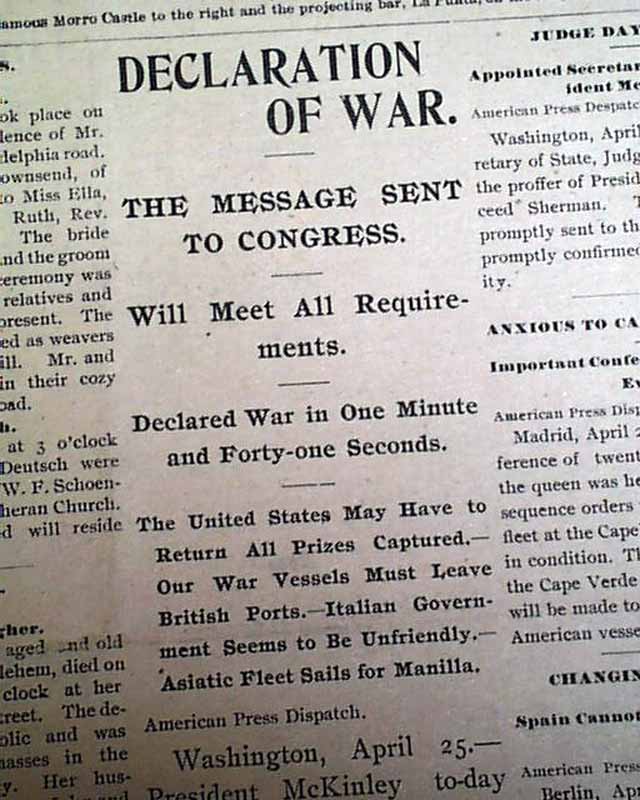 A nice & unusual graphic in this issue with a front page illustration captioned: "Entrance To Havana Harbor" showing Morro Castle with the ship La Punta. The front have also has column heads with the historic: "DECLARATION OF WAR" "The Message Sent to Congress" "Will Meet All Requirements" "Declared War in One Minute and Forty-one Seconds". The article begins: "President McKinley to-day sent a message to Congress recommending a formal declaration of war..." and another item: "It took the house one minutes and forty-one seconds to pass the declaration of war. The declaration was passed unanimously."
The top of pg. 2 has a column head: "A DECLARATION OF WAR" "Will Be Formally Issued by Congress Today" and more.
Four pages, margin toning, very nice condition, should be handled carefully.