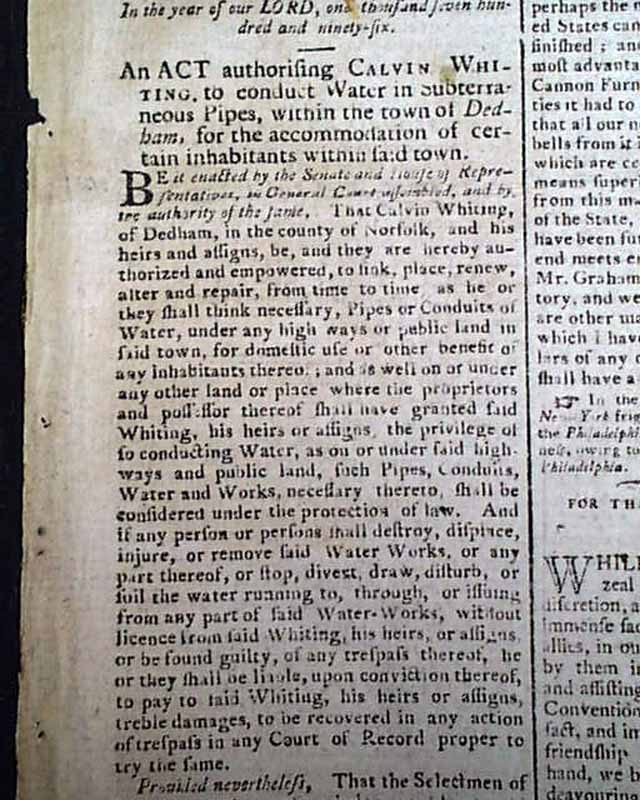 The first column on the front page has an Act of the Mass. Legislature signed in type by: Samuel Adams. Page 2 has: "French Victory on the Rhine" concerning Buonaparte. Also: "Intercourse With Canada". Also a brief yet notable report from Philadelphia: "The building of the United States Frigate, now constructing in Southwark, goes on rapidly. Some progress has already been made in planking her." (see).
Four pages, a bit of light foxing, very nice condition.