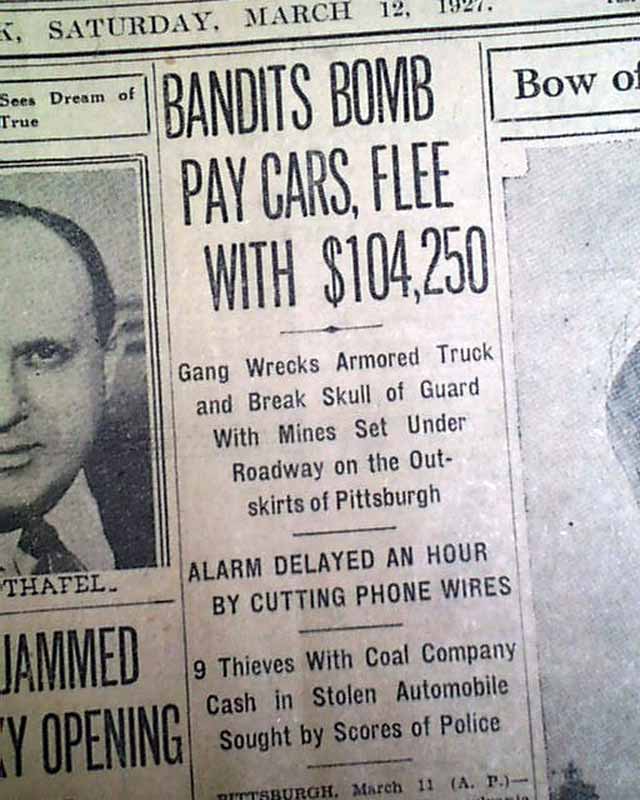 The top of the front page has a one column heading: "BANDITS BOMB PAY CARS, FLEE WITH $104, 250" with subheads. (see)
Other news, sports and advertisements of the day. Complete in 24 pages, small stain in the masthead, a few binding slits along the spine, generally nice.