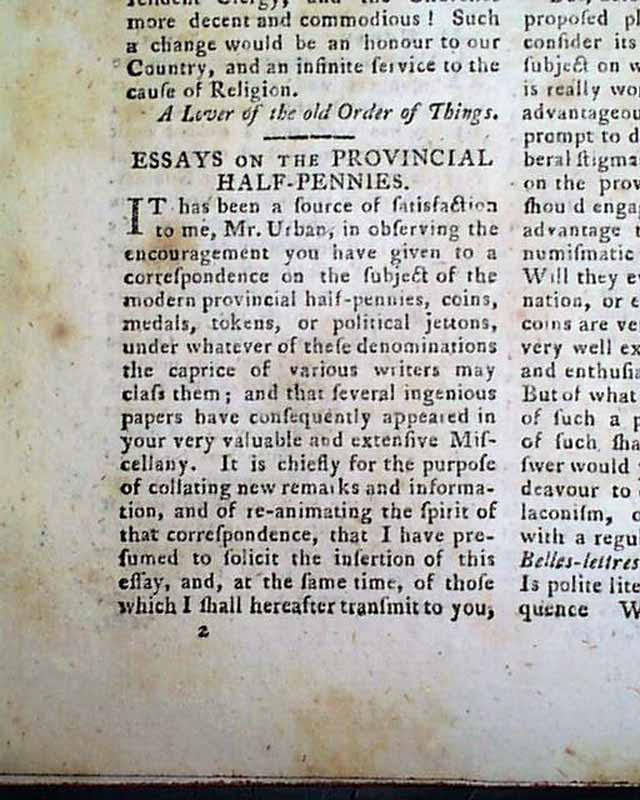 Item # 636193 THE GENTLEMAN'S MAGAZINE, London, January, 1798  The prominent feature of this issue is the nearly 7 1/2 column essay titled: "Essay on the Provincial Half-Pennies.  Essay I.- On the Use and Amusement of Collecting the Provincial Half-pennies.", with considerable details (see photos).
Additionally, the death report and a biographical sketch of the famous English radical (member of the Hellfire Club), journalist (The North Briton, An Essay on Woman, etc.), and politician (mayor of London), John  Wilkes, takes nearly 10 columns of text.
Both full page plates called for are present, one of which shows the ruins of two English castles.
Also included within is considerable news of the day with discussion on comets & meteors, the value of Sunday School, castles, news from the East Indies (lengthy), and more.
Complete in 92 pages, 5 by 8 1/4 inches, full title/contents page with an engraving of St. John's Gate, very nice, clean condition.